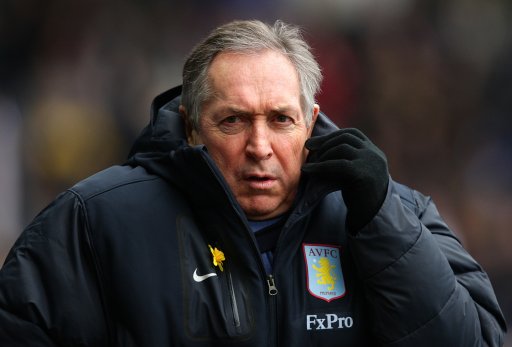 Conforming to just about every stereotype going, perfectly-named Aston Villa director U.S General Charles Krulak has delivered a rallying cry to his players, urging them to ‘kick the crap’ out of their opponents between now and the end of the season in order to avoid relegation.

Krulak, who is a vet of the Vietnam war (he’s seen things man), delivered his sermon on the club’s Villa Talk forum:

“When my Marines put on their uniforms and the emblem of the Corps and went into battle and things got tough, they did not fight for their Commander, they fought for their brothers-in-arms, the men wearing their uniform and emblem.

“When a player puts on a kit and wears the club badge, I would expect the same. We have very good lads who know how to play with passion. We have all seen them do it and have cheered them on. They are professionals who have given 110 per cent in many games.

“What we need now is to quit pointing fingers and everyone look at the Claret and Blue of our kit and the badge they are wearing and go out and kick the crap out of the next teams we play until the end of the season!”

Probably says more about the ethos of the American military than it does about Gerard Houllier’s mounting problems, but you can’t fault the logic!