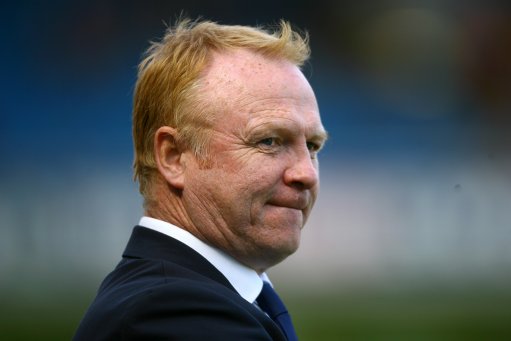 News is filtering through this morning that, even after Birmingham formally refused to accept his resignation last night, Aston Villa have asked their cross-city rivals for permission to open talks with Alex McLeish about taking over at Villa Park.

Any prospective move is likely to get very ugly very quickly (there are whispers of gardening leave and a hefty £5.4 million’s worth of compensation as McLeish still has two-and-a-smidge years left on his contract at Birmingham) but the main bone of contention, to my objective eye, is that it just doesn’t seem to make any sense from a footballing perspective.

During his time in England, Eck has only ever coagulated his sides in order to theoretically make them hard to beat, and has never really shown the propensity for encouraging the kind of attacking spark that marks out a top six/seven/eight side from the also-ran fodder that makes up the Premier League’s stodgy lower reaches.

In short, he’s the kind of manager that Birmingham should be presently looking to employ (if only his position at St Andrews wasn’t completely and utterly untenable now, eh?), not Villa – who foster an altogether more attractive style of play. What’s more, it’s nigh-on impossible to fathom that Eck’s appointment would persuade the Ashley Youngs and Stewart Downings into committing to another year.

Of course, nothing’s been set in stone as of yet and their has been no official word from Villa’s water-tight PR department, but this morning’s rumblings all seem to suggest one thing – after tossing Steve McClaren aside without an interview, shunning Mark Hughes and missing the boat entirely on appointing Martin Jol, Villa’s preferred candidate is the one that the fans least want to see installed – which is odd given that owner Randy Lerner is known to be overtly simpatico with the club’s support base when it comes to the big decisions.

Surely no right-minded Villa fan would want to see McLeish pitching up at the club, his appointment rendering him little more than a feckless mercenary on the blue half and a dour, relegation-mired ex-Brum on the claret.

It’s a lose/lose situation, and surely one best avoided from both points of view? Or am I missing something here?