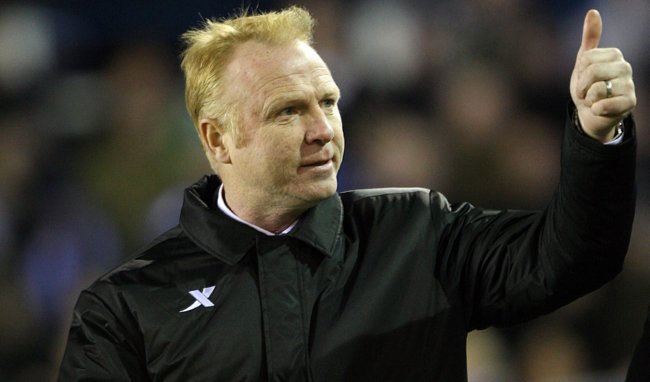 It’s official! After what seemed like weeks of tedious umming and ahhing, Aston Villa fans have finally gotten their wish have confirmed that they have appointed former Birmingham manager Alex McLeish as their new boss – just five days after he ditched Brum in a storm of controversy.

Villa have yet to disclose any details of McLeish’s contract, so we’re still unsure as to the length of the deal, though the club have stated that the breaded Scot will be taking over with ‘immediate effect’.

“I am honoured to have this opportunity to manage a club with such a fantastic history as Aston Villa’s.

“The heritage, the history of success and the tradition of Aston Villa are compelling and irresistible. The challenge for me is to try to add my own chapter.

“Since first becoming a manager at Motherwell, my desire to succeed and my energy and drive have never waned.

“My objective is to impart that drive and will to win to the players and fans of Aston Villa. I know that some of our fans have voiced concerns and I can understand why.

“It will be up to me to convince you that I am the right man to drive the club forward and I intend to give absolutely everything to prove that I can be a success at the club.”

Best of luck with that Eck.