Aston Villa have released and launched their new away kit for 2011/12, and it’s almost guaranteed to divide opinion right down the middle as a) checkerboard is always a tough one to pull off well and, b) those Chinese characters look like the kind of tattoo people have done on their gap years after being told it means ‘spirit of love’ or some such nonsense – only to later discover it actually means ‘Coca Cola’ or ‘Prawn Dim Sum’ etc, etc… 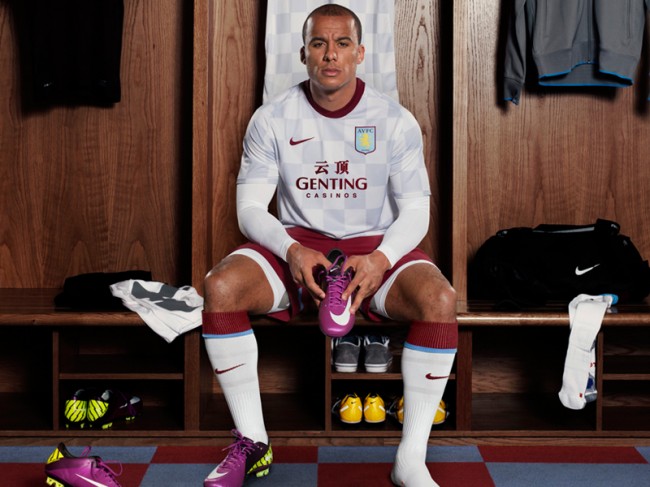 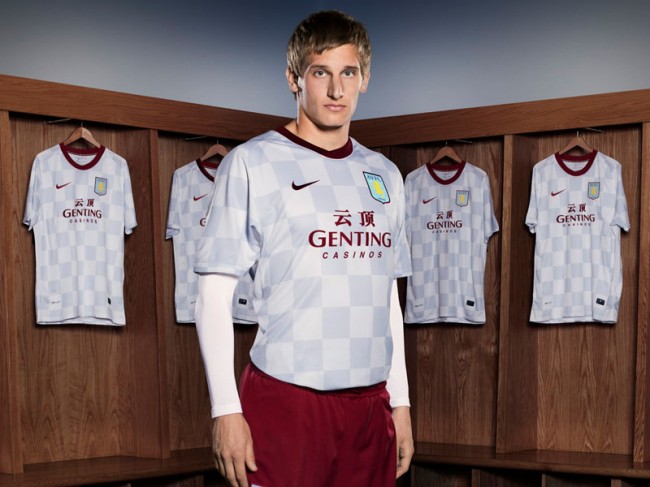 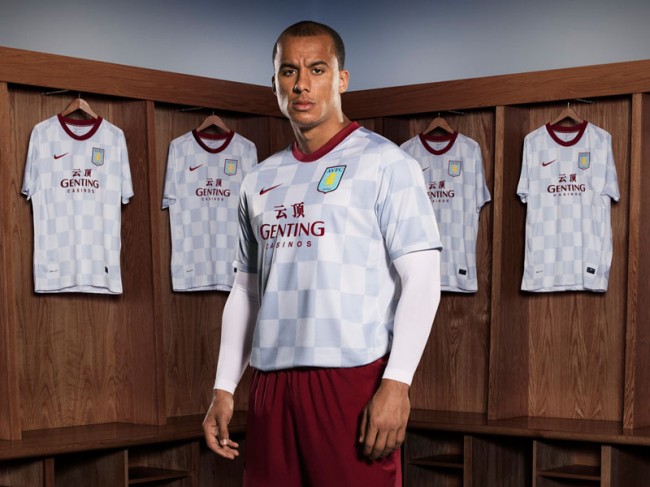 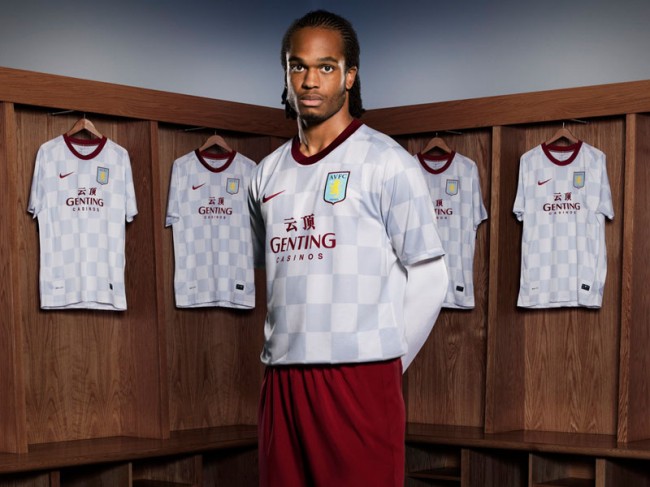 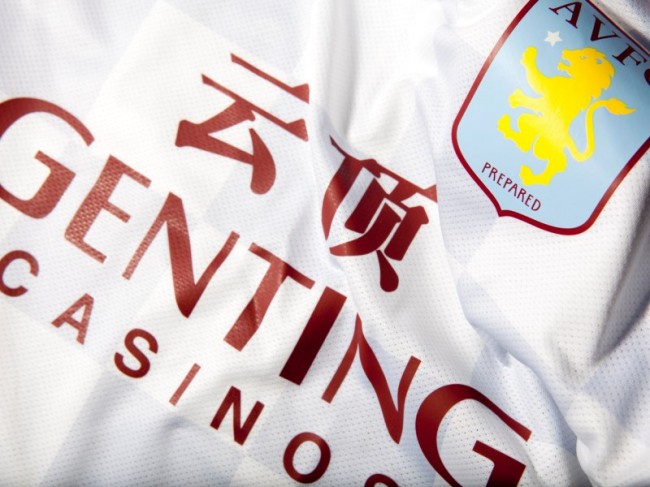 For what it’s worth, Villa’s new strip is not going to be featuring particularly prominently on Pies’ ‘wanted list’ – it’s bit of a hotch-potch by our way of reckoning.

Any thoughts folks and folkettes?

Photos: AVFC.co.uk (cheers go out to Aussie Villan for the nudge)