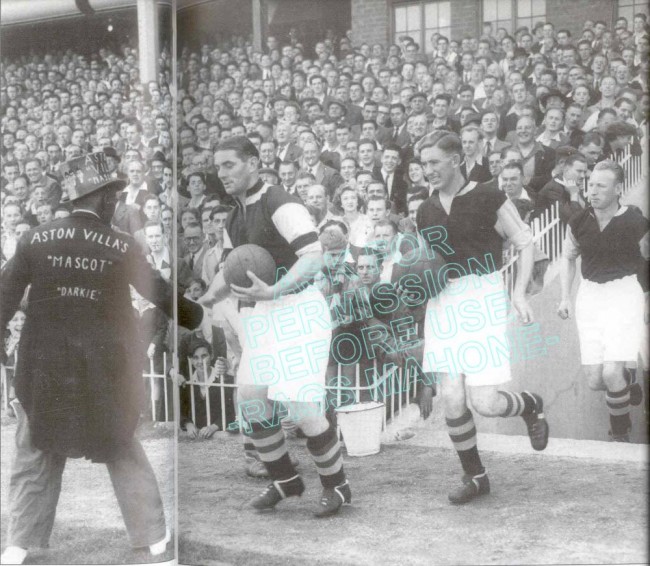 What we have here is an image of Aston Villa’s matchday mascot throughout the early 1950s – ‘Darkie’ to his friends (and his tailor) – who is, unmistakably, a white fellow ‘blacked-up’ to look like a gollywog, minstrel or some such other casually racist stereotype that used to fly back then.

Before any of you make the inevitable quip – yes, this was a long long time before Ron Atkinson took over at Villa Park.

Of course, it’s be nice to sit back and contently sigh about ‘how times have changed’ though, sadly, we can’t help but feel that certain players around the world would still beg to differ.

Thanks to Pies fan Dingleberry (yep, he actually asked to be credited as that!) for sending us the pic.