Starting with Samir Nasri, David Silva and Edin Dzeko on the bench and still winning 4-1 is surely the epitome of “strength in depth”, and at the Etihad Stadium on Saturday, Manchester City’s diamond-encrusted squad showed why they are real title contenders.

Archetypal footballing “bad boy” Mario Balotelli is starting to rediscover his best form on the pitch, and the Italian made it four in four games courtesy of a superb overhead kick. Star of the show Adam Johnson netted just after the break before setting up Vincent Kompany to nod in from a corner.

Stephen warnock got one back for a totally outclassed Villa side before James Milner scored a cracker to fire Roberto Mancini’s charges to top spot in the Premier League table. Alex McLeish’s Villa side, however, shouldn’t take the defeat too personally. 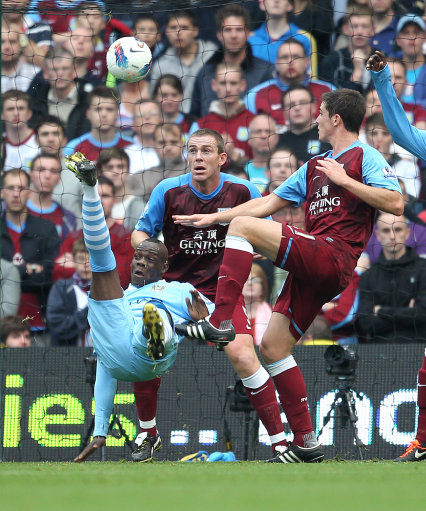 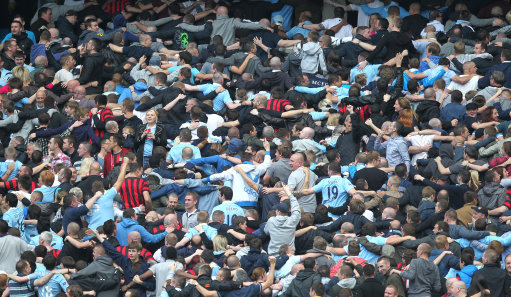 It is only me or is “the Poznan” by City fans slightly naff? Shouldn’t they get their own celebration? 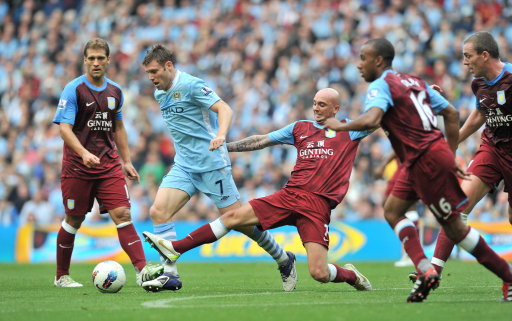 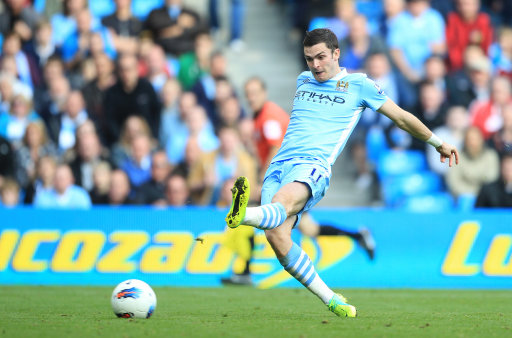 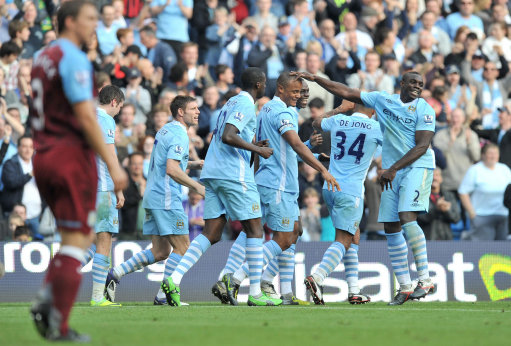 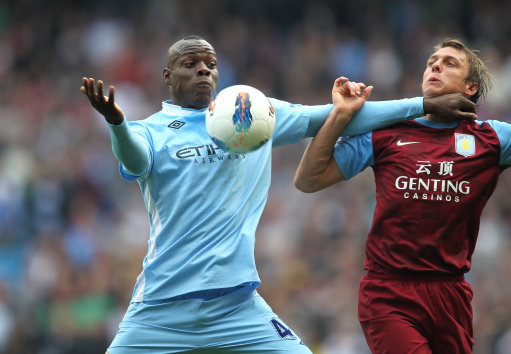 Villa scorer Warnock gets one in the neck from Mario 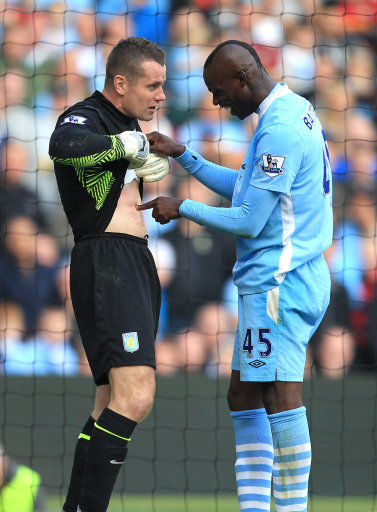 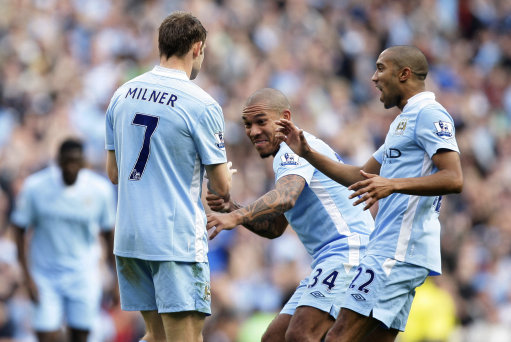 Milner is congratulated on bagging a super-strike