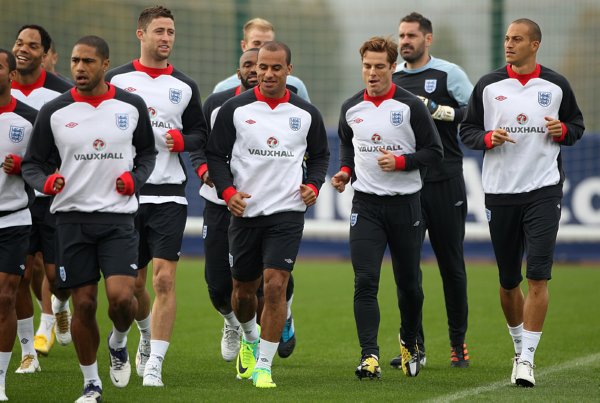 From a home perspective, the good news seems to be that Vicente Del Bosque is going to give some of his ‘second string’ a run out against England at Wembley on Saturday afternoon. The depressingly bad news being that most of said second string would probably, nay definitely, meander straight into Fabio Capello’s first XI. Silva, Mata, Torres, Llorente, Cazorla, Fabregas…

As for jolly old England, it seems like Capello has been afforded with the opportunity to implement a re-jig or two, with a couple of his big names absent for varying reasons and the game itself having little of real significance riding on it. Personally speaking, here’s hoping that one of the re-jigs in question sees a start handed to Gabriel Agbonlahor, a striker who – according to the brass tacks football stats – bloody well deserves his chance, given his superb form at Villa so far this season.

The peaks and troughs remain, but the once-gaping chasm between his twin attributes of full-back-stripping pace and instinctive, ‘twitch fibre’ finishing (the more thought that was required, the higher the chances of a botch) is gradually being filled in as the rest of his game, both physical and cerebral, develops. Confidence is king, but when he’s on song, he’s downright unplayable.

Agbonlahor managed just three goals and a single assist throughout his dismal 2010/11, eventually fading from the first-team scene without a fight under Gerard Houllier. He blamed Houllier’s resolute indifference, the critics instantly suspected blame deferral from a limited player.

With Houllier (and a lot of the superfluous muscle bulk he piled on last season) gone and a soul-buoying slab of managerial faith restored under Big Eck, he’s wrangled a haul of five goals and four assists in 11 appearances so far this campaign, lying joint-top of the Villa scoring charts with Darren Bent. Not bad for a strike partnership that isn’t supposed to work. 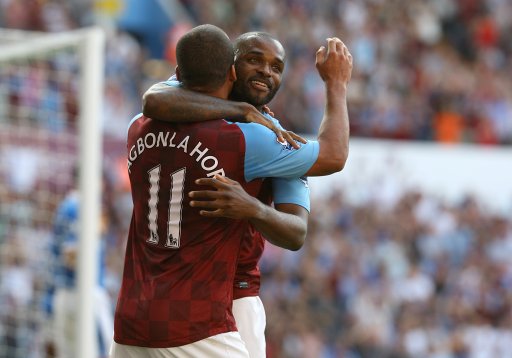 Sticking with the dry stats for a moment, Agbonlahor also tops the ‘shots attempted’ stakes for Villa with an average of 2.4 attempts on goal a game (Bent is second on 1.8), despite McLeish’s side being relatively ‘shot shy’ this season. The entire Villa team are only averaging 12 shots a match. Indeed, only Stoke and Blackburn have lower game-by-game ratios.

Villa have also attempted the joint least shots on target per game (with Blackburn) with an average tally of three, the point eventually being that both Agbonlahor and Bent’s relatively clinical finishing has been a key factor in Villa’s current eighth-place standing. In fact, they’ve scored from 46% of their efforts on target, which is a figure only matched by table-topping goliaths Man City. How about that?

Number-crunching aside, the boy was instrumental last time out, scoring one and laying on two for his partner to snaffle during Villa’s 3-2 win over Norwich last weekend. His cross for Bent’s second goal was, for want of an altogether more mellifluous wording, ‘effing marvellous’.

Any road up. If, as Capello is continually eager to remind us, the national side is picked with a heavy bias toward ‘club form’, I put it to you that surely there isn’t a forward in amongst England’s admittedly thin stable that deserves to be handed a starting berth against Spain more than one Gabriel Imuetinyan Agbonlahor?

(Thanks to WhoScored.com for the stats)