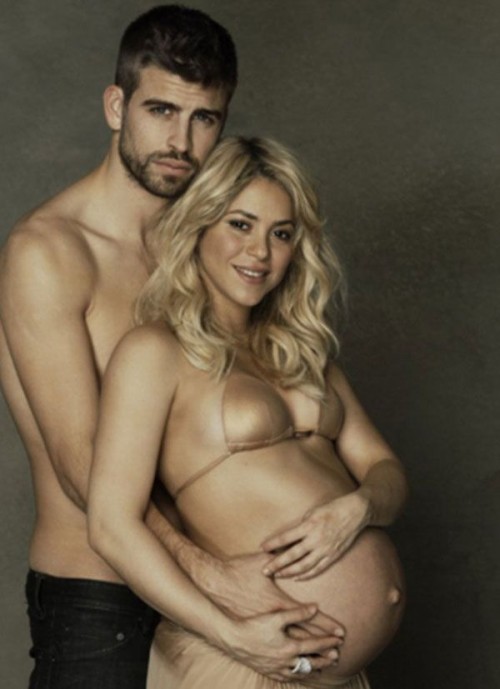 Shakira and Gerard Pique, as they promised they would, have welcomed a baby into the world, Tweeting yesterday evening that they were: “Pleased to announce the birth of Milan Pique Mebarak, son of Shakira Mebarak and Gerard Pique.”

A brief statement on the pair’s website confirmed the news, as well as adding a little background on the name:

“Milan means dear, loving and gracious in Slavic; in Ancient Roman, eager and laborious; and in Sanskrit, unification.

“Just like his father, baby Milan became a member of FC Barcelona at birth.”

So Pique’s lad is called Milan, and he’s already been signed by Barcelona? It’s a good job the sprog didn’t take his Dad’s other family name.

The last thing the kid needs is to be on Barca’s books and called ‘Milan Bernabeu Pique’. The other boys might say cruel and hurtful things.