From the looks of things, El Papa Francisco, aka “The Party Pope” was also in close proximity. 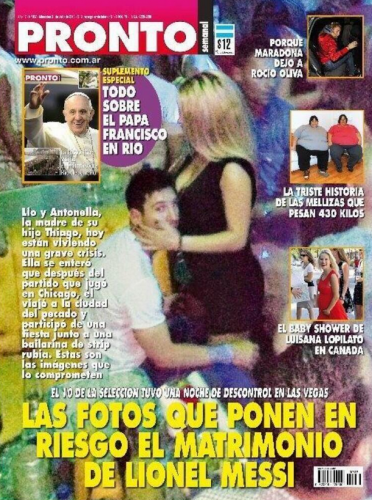 The tittle tattle mag reckon the photos taken inside the strip club of Messi and the mystery blonde have put strain on the Barca stars’s marriage to Antonella but Pies think the wee man will get away with it – chiefly because of how bloody miserable he looks!

And before any of you start: yeah, we did just stoop that low. That sound you hear is the bottom of the barrel being well and truly sand-blasted.