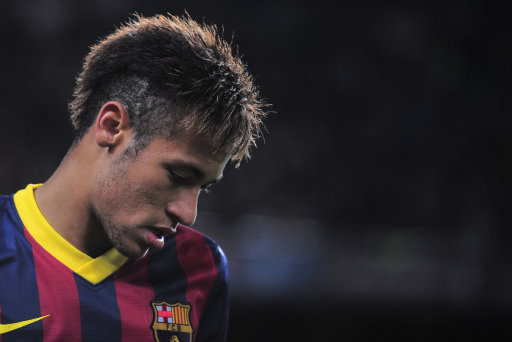 Neymar has posted an open letter on his Instagram account to the more obsessive element of his fanbase, pleading with them to stop bombarding him and his family with calls and messages during the wee small hours of the morning.

No wonder the poor mite is always falling over; he can’t catch a wink of sleep at the moment. He must be plum-tuckered out by the time it gets to kick-off.

Anyway, addressed to his thousands of ‘Neymarzetes’, the note translates as such:

“I have a lot of affection for my Neymarzetes and I don’t know if I would have got where I have today without them.

“I am unable to keep the same phone number for more than two weeks because people who call themselves fans – Neymarzetes – call me in the early hours of the morning or send me messages.

“And worse they discover the numbers of my family, girlfriend and friends and they invent stories and tell lies so that in the end they also have to change their numbers.

“I implore with all my heart that everyone who likes me and the Neymarzetes that have been with me from the start, that if they know of anyone who does not know where to draw the line, that they advise them, for the love of God, to change their behaviour. I don’t know what else to do.

“I don’t know what else to do! These people are causing me real problems. Please, leave me in peace.”

While it’s difficult to feel sympathy for someone who obviously has something approaching a dream life for many folks, that kind of over-zealous intrusion must be incredibly cloying – not to mention tiring – after a while.

Everybody has a right to a private life after all, despite what the tabloids would have you believe.