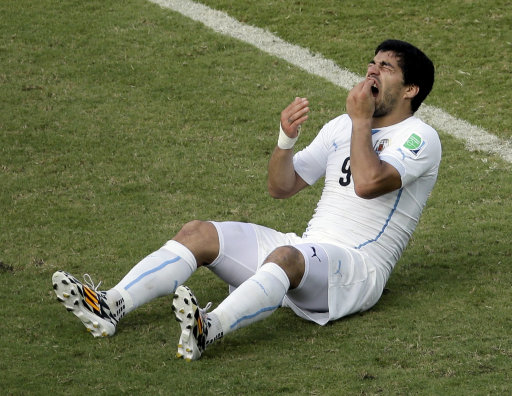 Just a quickie to inform all y’alls that the Court of Arbitration for Sport (CAS) have dismissed Luis Suarez’s appeal against his four-month ban from all footballing activities after the Uruguayan striker’s appeal was heard at a meeting earlier today.

The full explanation of the ruling will not be made public until later this afternoon, but the CAS have confirmed that Suarez has been cleared to begin training with his new side, Barcelona, after having to train on his lonesome with his own independent personal coach since joining the Catalan side for £75million in mid-July.

Let the madness begin all over again!