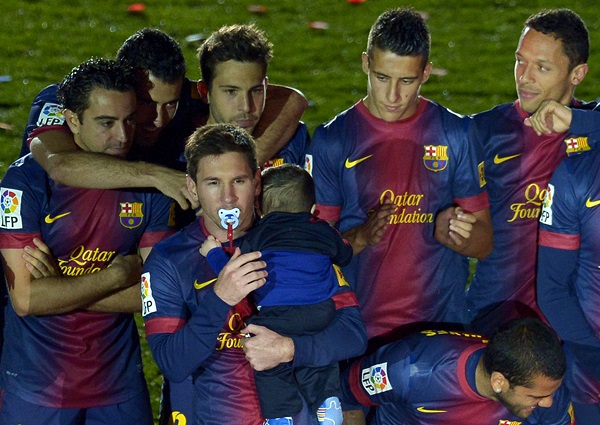 Following a legal wrangle that lasted nearly two weeks, the very first baby to be named “Messi” has been baptised in Argentina, though he’s also almost certainly going to be the last too.

After having to seek special dispensation from the local registry, Hector Varela from the southern city of General Roca has now received permission and been able to formally baptise his son as Messi Daniel Varela.

According to ESPN FC, Argentina has a list of laws as long as your arm which prevent people from naming their children any old thing, with Varela having to circumvent Article 3.3: “Los apellidos como nombre” – which prohibits the use of surnames as first names – in order to name his baby son after his footballing hero.

However, after requesting and eventually receiving a special permit to have the name “Messi” accepted by the Black River Civil Registry, Varela was able to press on.

This caused a wave of bureaucratic consternation, especially in Lionel Messi’s hometown of Rosario, where officials were paranoid that the Black River ruling would open the floodgates as millions of mini-Messis were similarly baptised around the Santa Fe province.

In a bid to nip any imminent Messidemic in the bud, Gonzalo Carrillo, the head of the Santa Fe civil registry, made a point of reminding the public all about Article 3.3, barking: “Using surnames as first names is prohibited by law because it can cause confusion.”

Meh. Mascherano’s a much better name for a baby anyway.