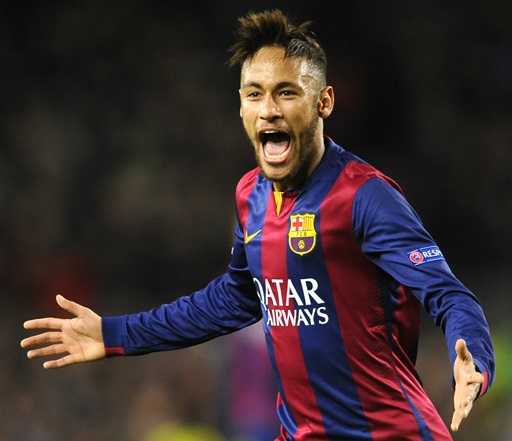 It may well be the very definition of a frivolous lawsuit, but a jilted Santos fan is suing Neymar after the prodigious Brazilian striker’s 2013 move to Barcelona supposedly left him suffering from “moral and material damages”.

The Santos fan in question is one Luciano Pereira Caparroz, who apparently lost all sense of rationality and perspective after learning that Neymar had struck a clandestine agreement to join Barca way back in 2011, shortly before the Catalans played Santos in the Club World Cup final.

Aged 19 at the time, Neymar was being routinely courted by European football’s big boys, with rumours abound that moves to Man City and Real Madrid were in the offing.

Instead, the striker declared his intention to lead Santos to glory out in Japan (in the Club World Cup) before making any decision on his future.

However, it has since come to light that that wasn’t strictly so, with Neymar later revealed to have signed a pre-contract agreement with Barca before the two sides met in Yokohama – and this is exactly why Caparroz has decided to launch legal proceedings against him.

According to Brazilian newspaper Globoesporte, Caparroz, who is a lawyer by trade, is suing Neymar for €8,400 (approximately £6,600) for “morale and material damages” after learning about the Barca forward’s pre-contract deal.

Caparroz’s calculations seem to centre around the fact that he paid €3,200 (£2,500) to travel to Japan and watch Neymar and the rest of the Santos mob get stuffed 4-0 by Barca in the final – a heart(and wallet)-breaking scoreline that was exacerbated by the later realisation that Neymar was, to all intents and purposes, already playing for the opposition.

Globoesporte report that “official Spanish court documents further back up” [Caparroz’s] suspicions, revealing that the Catalan side had deposited €10m (£7.92m) of the €40m (£31.69m) fee into accounts of Neymar’s father’s company N&N.

Well and truly peeved, Caparroz has since filed a lawsuit against N&N for the amount of €8,400, claiming that he is simply seeking to cover the costs of his trip to Japan and to help him deal with being left feeling so terribly, terribly undermined by the whole ordeal.

“I’m a Santista [hardcore Santos fan], I go to all the games and I decided to travel to Japan to watch the Club World Cup,” Caparroz told the paper.

“I was left frustrated with the result and on top of that, later on we learned that Neymar was already sold. I feel cheated.”

Best of luck with that one, chum.