No wonder Barcelona’s ‘MSN’ front three has proven to be all-conquering; it was written in Google Maps.

We can’t believe nobody had thought to check before now, but the birth places of all three stars: Rosario in Argentina (Messi), Salto in Uruguay (Suarez) and the Sao Paulo district of Mogi das Cruzes in Brazil (Neymar), all form a dead-straight line on the world map. 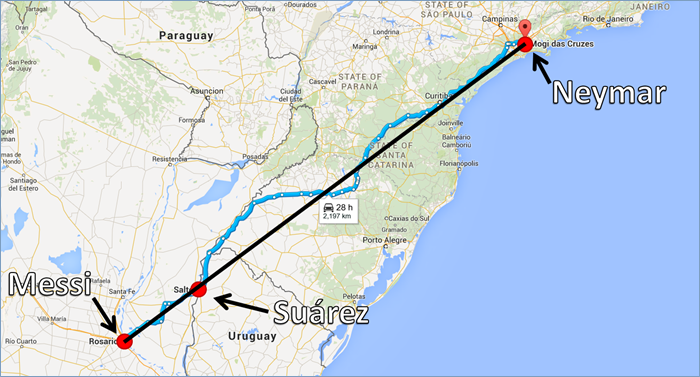