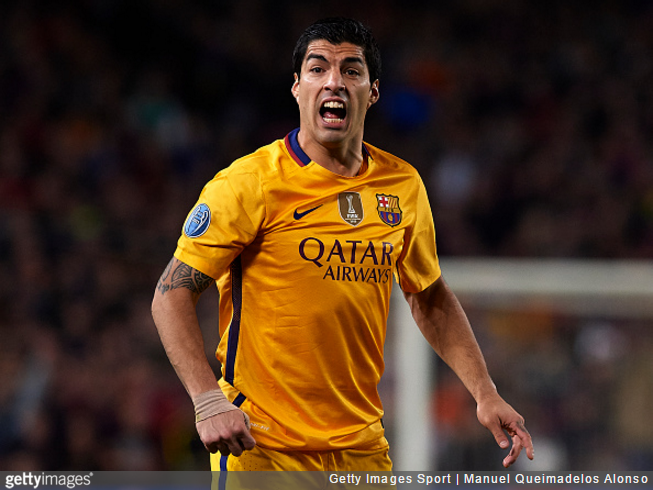 Hard to comprehend as it may be, the former agent of Luis Suarez has accused the Barcelona striker of having “psychological problems” as part of an ongoing feud over money, and precisely who owes it to whom.

The agent in question just so happens to be ex-Uruguay international Daniel Fonseca, who has tarnished Suarez’s good name by branding his former client a “coward” and a “liar” in the latest round of a deep-seated quarrel that dates back to 2006.

The row flared up on Wednesday evening when Suarez, appearing on Uruguayan television channel Monte Carlo, claimed Fonseca tricked him out of a $200,000-chunk of his signing-on fee when he first made the jump to European football, aged 19, from Nacional to Dutch side Groningen.

He tried to compensate me when I went to Ajax [the following year, in 2007], but I’ve always had this sticking point because he was a footballer and knows the difficulties young players have and what they suffer to make money.

Uruguayan radio station Las Voces del Futbol then contacted Fonseca for a response, with the 46-year-old former Juventus and Roma forward refuting Suarez’s accusations entirely before having a timely stab at maligning him entirely:

[Suarez] is a liar, he is brazen and shameless. He is lying. He has psychological problems, he goes to a psychologist, but it’s not working.

I don’t need him, I’m famous without him. I don’t respect him as a person and cannot accept disrespect from a kid who needs to use his fingers to add up, as he does not know what is four plus four.

The 20% which Suarez claims was supposed to be paid to him by Nacional, not me. He owes me $1.4million. I earned him $7million in five years, he should applaud me.

He should have the courage to send me a lawyer so I can tell him how he screwed me.

Fonseca also intimated that the real reason for the pair’s long-standing grudge was an incident that happened when Suarez was playing for the Uruguayan youth team – though he refused to go into any detail:

This is happening because one day, three teammates from the Uruguay youth team called me to say something uncomfortable was happening with Luis.

I had to tell him something hard, but until the day I die I will not repeat it.

It was an uncomfortable truth. He did not accept it. I prefer people who tell the truth, who understand each other in few words.

The coward [Suarez] should tell the truth now, not try and stain my name by saying I owe him $200.000. If he has courage, he will say the uncomfortable thing I had to say to him.

That is the true reason this character has been hiding for six years.

In the interest of fairness, Suarez wasn’t entirely uncomplimentary about Fonseca during his interview, adding that he would forever be grateful to his former agent for paying his air fare to travel from Montevideo to see his girlfriend, now wife, whose family had emigrated to live in Barcelona.

I appreciate Fonseca as, at the time, when I was 15, he paid for me on the first trip I made to Spain.