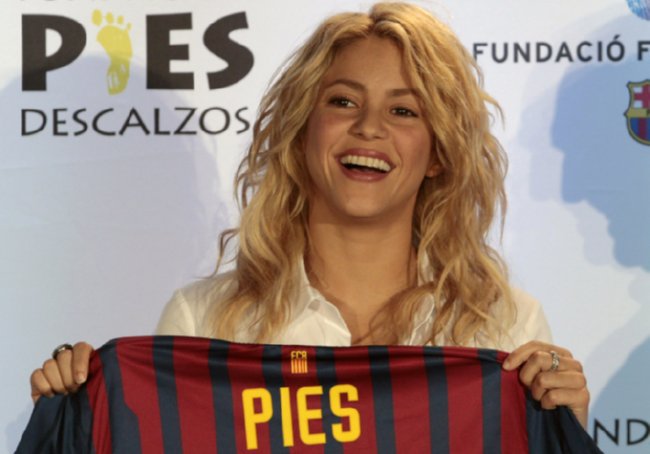 Gerard Pique has revealed the sweet little exchange that broke the ice and eventually led to him shacking up with noted Pies fan Shakira.

Waffling on in an interview with Spanish broadcasters TV3, the Barcelona centre-half discussed how the couple, who now have two kids, first got together at the 2010 World Cup.

First time I met Shakira was in Madrid when we filmed the video for Waka Waka before the 2010 World Cup and I asked for her number.

She arrived in South Africa before us (the Spain team) because she was singing at the opening ceremony. I sent her a text asking how the weather was because we were arriving in a few days.

This is a typical stupid question that you write and normally get a response like, ‘it’s cold, bring a coat’.

But the she writes a long paragraph, detailing the change in temperature throughout the day.

I thought, ‘Jesus, this is not normal’. It was in those details that I could tell there was affection.

We started messaging each other throughout the tournament, but the only chance I would have of seeing her would be at the final because she was performing the closing ceremony.

I told her that if I had to reach the final to see her I would do so. And that was the second time we met, after the World Cup Final.

It started with banal weather chat six years ago. Now look at the big pair of dafties…

Maybe there’s hope for us mere mortals after all.