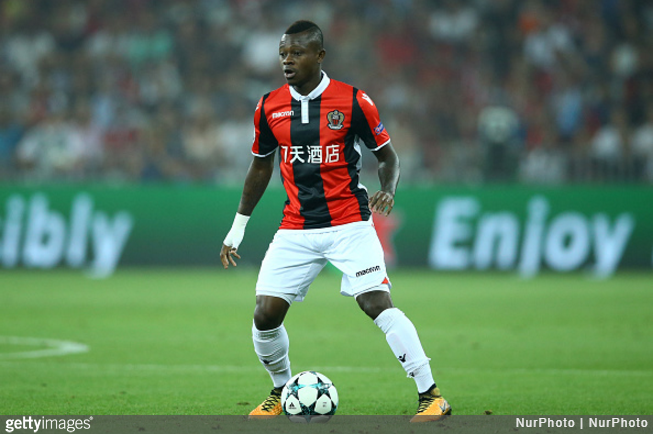 In their quest to establish a new order in the world football hierarchy, PSG have seemingly made it their modus operandi to gnaw away at Barcelona’s pedestal.

Having already impudently triggered a £200million release clause to purloin of one of Barca’s most bankable assets in Neymar, it would appear that PSG are now intent on undermining all of the Catalan side’s future transfer dealings too.

Indeed, it was recently widely reported that Barca were intent on hammering out a deal to sign highly-rated Nice midfielder Jean Michael Seri.

However, despite the move looking like a formality with a €40million fee locked in and Seri’s representatives agreeing on a four-year contract, all interest was suddenly dropped in midweek – and there’s no prizes for guessing who came wading in to scupper the whole thing.

Speaking to Catalan radio station RAC1, Seri’s agent, Franklin Mala, confirmed that PSG expressed an interest in his client at the 11th hour, claiming they simply did so to drive up the price:

It was possible to reach an agreement as Barcelona and Nice were negotiating.

On Tuesday, they were in France, talking about technical aspects but they already knew Seri’s capabilities.

Paris [Saint-Germain] came in and asked Nice about Seri three days ago, putting pressure on to take the player.

It’s crazy. They just want to f**k with Barca.

The Guardian add that Seri’s contract with Nice allows him to join a club outside France (like, say, Barcelona) for €40million but the release clause does not apply to domestic rivals (like, say, PSG).

The Parisians therefore decided to offer “significantly more” – a reported €50million – and, in response, Nice informed Barca that their asking price had just shot up, causing the latter to pull out of negotiations.

If they’re trying to manufacture a money-spinning rivalry out of thin air, then PSG are certainly going the right – or should that be ‘quick’ – way about it.

It’s like Brighton and Crystal Palace in the 1970s all over again, just a little more cash-rich.

One thing’s for sure, given the right draw, the Champions League should get quite interesting this year.