Apparently it’s ‘common knowledge’ that Lionel Messi and former Barca striker Bojan Krkic (now of Roma) are related somewhere back along the line, but those plucky bods over in the genealogy research department of Catalan newspaper Segre have been busying themselves, tracing the lineage of both players and have now put their finger on just what the relationship is between the pair. 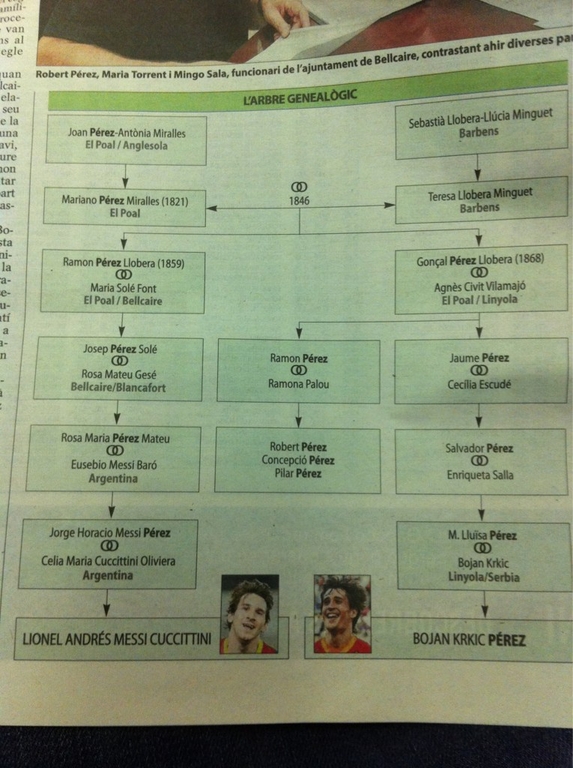 It seems that Messi and Bojan’s great-great-grandfathers were brothers in the Catalan village of Pla d’Urgell in the middle of the 19th century, thus making them distant cousins of one form or another – put it this way, it’s probably important that they don’t mate any time soon.

More over, does this prove the existence of the mystical ‘Barca DNA’? Maybe Xavi wasn’t being such a complete cock all along vis-a-vis Cesc Fabregas? Maybe the gene pool at that club is actually shallower than a chance meeting between Paris Hilton and Jordan at the shallow end of the world’s shallowest swimming pool?

Or maybe he was just being a cock.