When Celtic F.C. was founded back in 1887, nobody could have guessed that they would one day become one of the top teams in Scottish football, writes Igor Batista. They have since won the Scottish League Championship 48 times, the Scottish Cup 37 times and the Scottish League Cup 17 times, as well as claiming a European Cup victory.

Whilst in the field Celtic’s team is bringing more great facts to its history, fans are also accomplishing some fame after being rewarded as The Best FIFA Fan Award 2017.

It’s impractical to mention every trophy along the way, but here is a look back at the major moments that defined the club’s history. Looking back can help with making football predictions.

Celtic F.C. was constitutionally founded in 1897 by Brother Walfrid at St Mary’s Parish to help to alleviate the poverty in Glasgow’s East End, and the struggles of Irish immigrants in Scotland. The club’s name was originally suggested to be ‘Glasgow Hibernian,’ but Walfrid insisted that the name would cause confusion, and Celtic F.C. was born.

It wasn’t until 28th May 1888 that Celtic played their first match, a friendly game that took place just hundreds of metres from Celtic Park, the ground that they still play on today. Celtic beat the Rangers 5-2 in this first match, kicking off what was to become the definitive rivalry in Scottish football.

In their first full season in 1889, Celtic made it to the final of the Scottish Cup but lost out 2-1 to Third Lanark. In 1892, they tasted Scottish Cup success with a 5-2 win over Queen’s Park in the final, and in 1893, they became Scottish League champions for the first time!

The strength of the team was their main tool to achieve such success. However, since 26% of Brits own a good luck charm, maybe their four leaf clover symbol also served as an amulet.

In 1987, Celtic F.C. became a private limited company, and in the same year, Willie Maley took over as manager. His strategy led to the recruitment of youth players like Jimmy Quinn and Patsy Gallacher, and his management helped Celtic through a succession of winning seasons.

Celtic F.C. scooped six league titles in a row between 1905 and 1910, including the 1907 ‘double’ in which they became the first team to win the League title and Scottish Cup. They won the league a further four times during WWI. Between November 1915 and April 1917, the team had an unbeaten record of 62 matches, a record that stood for over 100 years until Celtic themselves beat it in 2017.

The 1920s marked the start of a quieter time for Celtic, with the Rangers becoming the dominant force of the decade, winning the league eight times to Celtic’s two times. Celtic did manage to win the Scottish Cup three times during the decade, including an epic 5-0 victory over the Rangers in 1925. 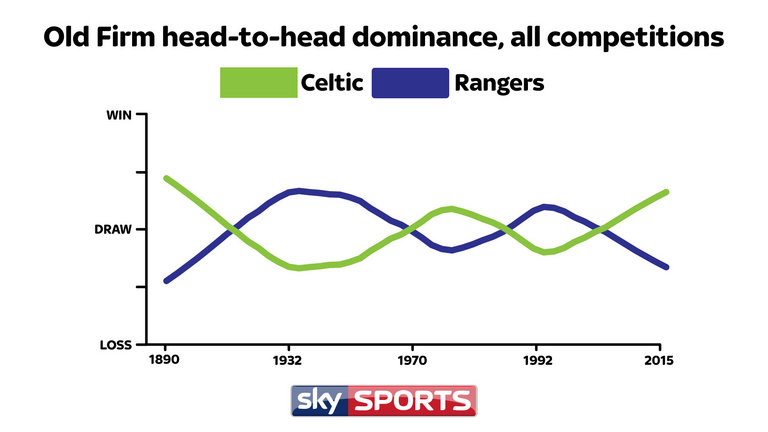 The mid-20s also saw Jimmy McGrory rise as the top player at the time, with 550 goals over his 16 years at the club, a record in the U.K. to this day. He would have made an ideal pick for any fantasy football team.

In the mid-30s, Celtic’s performance began to improve. Highlights include their Scottish Cup final victory over Aberdeen in front of a record crowd of 146,433 people at Hampden Park. In 1940, Willie Maley retired at 71 years old after serving the club for 52 years. Jimmy McStay took over as manager before ex-captain Jimmy McGrory took over in 1945. 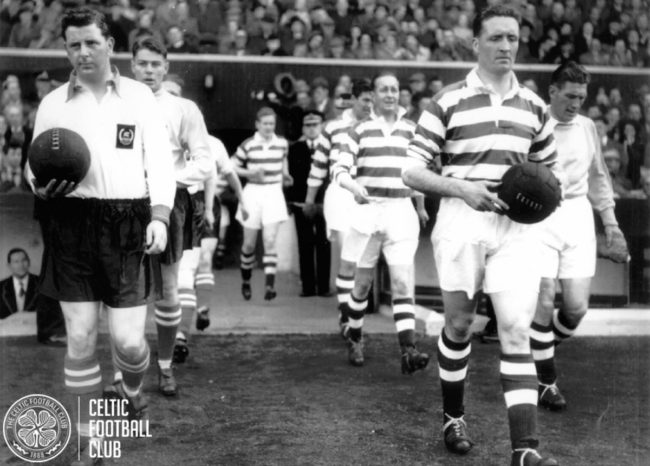 Jock Stein was signed for Celtic in 1951, and later became one of the club’s most successful managers

Celtic struggled for their first few years under the leadership of Jimmy McGrory, and even battled to narrowly avoid relegation in 1948. Jimmy Hogan was subsequently appointed as coach, and the team’s performance improved dramatically in the 1950s. In 1951, Celtic won the Scottish Cup, and in 1954, they won their first league title since 1938 and their first cup double in 40 years. In 1956, Celtic beat Partick Thistle 3-0 to win their first league cup in a decade — Celtic were back!

In 1965, former captain and player Jock Stein took over Celtic and was widely acknowledged as being one of the greatest football managers of all time. He led Celtic to many victories, including their first championship in 12 seasons in 1966, which marked the start of nine consecutive Scottish League wins from 1966-1974.

In 1967, Celtic had their greatest season ever, winning every single competition they entered, and proving that they could beat the big boys in Europe. They took the Scottish League, Scottish Cup, League Cup, the local Glasgow Cup and their first-ever European Cup. The team also made the European Cup final in 1970 and the semi-finals in ‘72 and ‘74.

The Modern Era: Shakeups and Comebacks

Celtic had a rocky time after Jock Stein left, at least where the structure of the club was concerned. They played less spectacularly and made less of an impact on Scottish and international football for some years, with only sporadic victories in leagues and cups, such as their Scottish Cup win of 1985 and the Championship of 1986.

In 1978, Billy McNeill took over as manager and led Celtic to a championship victory in his first full season.

In 1983, ex-player David Hay was the manager and won a Cup and championship during his few short years at the club.

In 1987, Billy McNeill returned as manager, and in 1988, Celtic celebrated their centenary season with their first double in 11 years, with a League Cup and Scottish Cup win.

In 1991, Liam Brady broke tradition by becoming the first manager of Celtic not to have previous connections with the club. In 1993, ex-player Lou Macari took over.

In 1994, Fergus McCann became chief executive and rescued Celtic from financial ruin. The club was restructured as a PLC and shares were issued. Tommy Burns was appointed the manager.

In 1995, Celtic won the Scottish Cup, proving that they weren’t down and out of it, and lifting their first trophy since 1989.

The year 2001 was special for Celtic F.C. They won a stunning treble! Henrik Larsson scored 53 goals during this season and won Europe’s Golden Boot award.

Over the next few years, Gordon Strachan, Tony Mowbray and Neil Lennon all manage at Celtic. Only Lennon produces satisfactory results, including three league titles in a row.

Celtic’s current manager is Brendan Rodgers, appointed in May 2016. Rodgers has since helped Celtic to lift the League Cup in 2016, their 100th major trophy, and this season, the team are on track since there was no lost on previous 6 games and will face the semi-final Scottish Cup in a few days. It seems that Celtic’s future will be just as bright and interesting as its past.