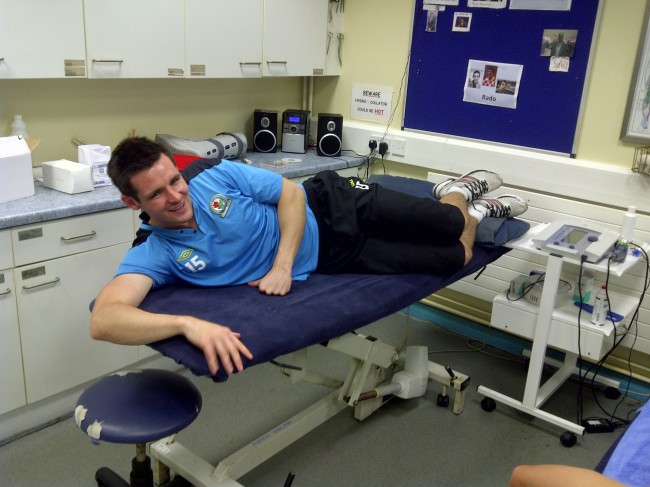 Scott Dann having a ball in the medical centre

With so much talk and reporting of sprained ligaments and torn hamstrings, it’s not easy to get football fans wincing at a highly-paid player’s injury. However, Blackburn defender Scott Dann’s predicament will have men wincing up and down the country.

The unfortunate Dann ruptured his testicle (I’m genuinely grimacing as I type it) in Rovers’ weekend defeat at the hands of West Brom and now faces a rather painful spell out of action.

Blackburn’s under-fire boss Steve Kean said: “Our physio cannot believe it. He has two players out with problems that he has never come across before in all of his years experience.”

“Scott Dann has come in and played so well to replace Phil Jones, but in our last match he was hurt and it now transpires he will be out for six weeks with a ruptured testicle.”

Photo courtesy of Morten Gamst Pedersen’s blog, of all places.