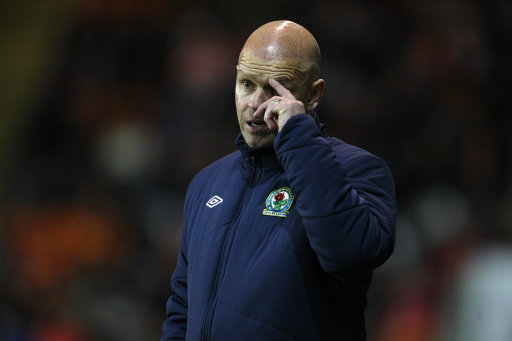 Blackburn manager Henning Berg ‘stormed’ (the tabloid media’s words, not ours) out of the the club’s Christmas party on Monday after being made to wear a Michael Jackson wig and – and – a Christmas stocking on his head. It’s a fate no man should suffer.

The party was thrown in a bid to lift the morale at struggling Rovers and everything was going swimmingly until the DJ (we’re imagining it was this guy) decided to play some games. Cringe.

Berg was reluctantly wrangled onto the stage and was just about comfortable with the stocking on his head, but the moment one of the club execs attempted to pull a nylon Jacko wig over his surly Norwegian pate and force him to dance – that’s when Henning bolted.

The morning after, Berg released the following statement:

“On Monday evening, the club arranged its official Christmas Party for all employees and staff.

“We have many hard-working employees and this was an opportunity for them to relax and enjoy themselves after what has been a difficult year.

“After the dinner I was asked to go to the stage, which I was happy to do, believing I would be asked a few questions or maybe judge a competition.

“Instead I was asked to do things which were not the right things for me to do as the manager, considering our league position and form.

“I did not want to do it and went back to my table. Later, I left the event at around 9.30pm, as planned, and drove home. The players left straight after dinner and no alcohol was consumed.”

So he didn’t ‘storm out’, he merely returned to his table. Oh well. Still, who could blame him? There’s nothing worse than forced fun.

Well there probably are worse things, but… well, you know what we’re getting at here.