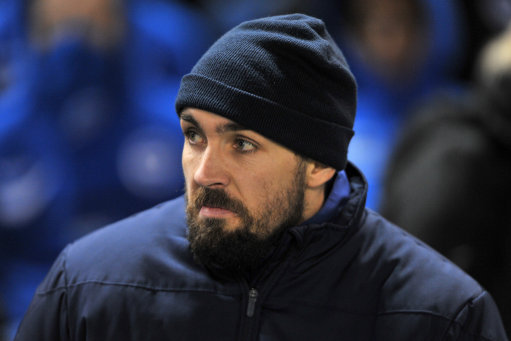 Remember this guy? From the “Streets of Philadelphia” video?

It’s fair to say that Gael Givet is currently out of favour at Blackburn, what with the hirsute defender playing but one match since Christmas.

By his own admission, Givet has been struggling to keep his pecker up since Rovers were relegated from the top table last season and the fact that he’s only played nine minutes under new manager Michael Appleton has only worsened his mood – with the bearded centre-half quipping that he’d have topped himself by now if his family weren’t with him in Lancashire.

“I was depressed – luckily, I have my wife and two kids. If left alone in Blackburn, I’d have already hanged myself.

“I’m done [at Blackburn]. There have been approaches (in January) but the club has been asking three or four million euros for me.”

While it’s a little tactless for some tastes, it’s perhaps worth mentioning it is being reported that Givet made the remark with his tongue firmly entrenched in his hairy cheek pouch, with Rovers boss Appleton later taking to BBC Lancashire to brand the Frenchman’s remarks as “misjudged” and nothing more.

To be fair, we’ve been to Blackburn. We can sympathise. It makes Chernobyl look like a rainbow-lit unicorn dream world.

Perhaps Givet should get together with Mohamed Diame and produce a “Frenchman’s Guide To Crapsville” video for the Lancashire Tourism Board?