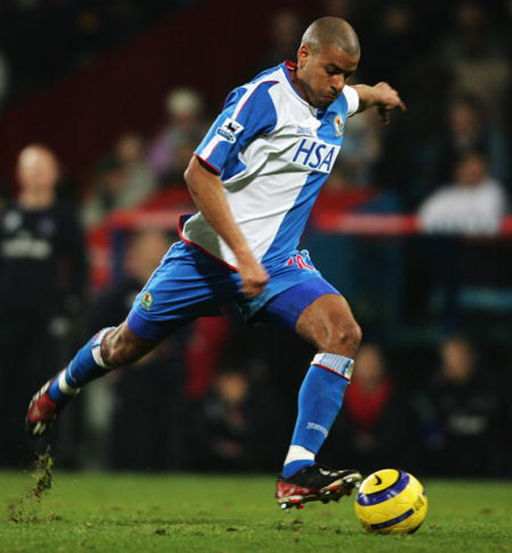 We originally earmarked this goal for inclusion in our ‘When Crap Players Score Great Goals‘ feature yesterday, but we felt we were being a touch harsh on Steven Reid – who wasn’t really all that crap, just remorselessly hampered by injuries throughout the latter half of his career.

Indeed, 34-year-old Reid officially announced he was bowing out a few weeks ago after one final niggly season with Burnley having made less than 100 appearances in the past five years, four of which he largely spent keeping West Brom’s medical staff company.

Anyway, during one of his increasingly brief oases of full fitness, the Republic of Ireland international did managed to write his name into the record books – specifically in the act of scoring Blackburn Rovers’ second goal in their 3-0 away win over Wigan in 2005.

Reid’s monolithic wallop was clocked at a blistering 98mph, placing it fourth on the (unofficial) ‘all-time hardest shots ever registered’ list…

‘What are the three shots above Reid on the list?’ we hear you cry.

In third place is Sheffield Wednesday striker David Hirst’s crossbar-rattler against Arsenal in 1996, which maxed out at 113.7mph…

In second spot is Southampton’s current gaffer Ronald Koeman, who settled the 1991/92 European Cup Final in Barcelona’s favour with a 116.8mph free-kick in extra time…

Top of the pops is Sporting Lisbon full-back Ronny, who lashed a meteoric free-kick against in against Naval in 2006 that reached an insane top speed of 131.82mph…

Crikey Moses! That thing almost stripped our eyebrows off just watching it!