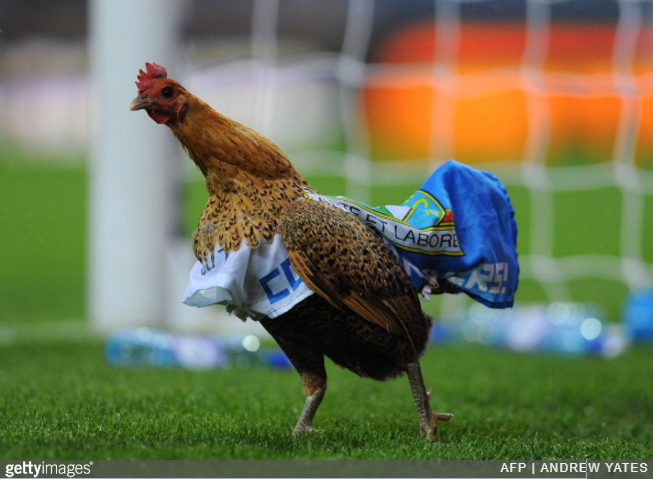 When we talk about momentous, paradigm-shifting moments in modern football, they don’t come much more seismic than the contribution made to the pantheon by Blackburn Rovers on June 28th, 2011.

Having taken over the previous year, Blackburn’s new poultry-peddling owners Venkys decided to use their glamorous Premier League asset to help promote their fowl wares.

This meant that noted thespians Ryan Nelsen, David Dunn and Morten Gamst Pedersen were all pressed into action, starring in a timelessly awfully advert that was screened in India…

Yes, Rovers actually offer a collective ‘sign of the cross’ to the chicken and, yes, Michel Salgado is a two-time Champions League winner.

Also worth noting that Jason Roberts only pretends to bite into his delicious bright orange chicken drumstick because he is vegan.

Venkys are still in charge at Ewood Park, though nobody seems to be able to offer a definitive explanation as to why.