Blackburn Rovers were on a bit of a roll heading into the 1994/95 season after considerable investment had seen the club win promotion from Division One in 1991/92 before finishing fourth in the inaugural Premier League season.

Rovers then upped the ante again to finish runners-up behind champions Manchester United in 1993/94, thus qualifying for the UEFA Cup.

As it transpired, Europe didn’t go well for Kenny Dalglish’s side, who were knocked out in round one after losing on aggregate (including an embarrassing 0-1 defeat at Ewood Park in the first leg) to Swedish part-timers Trelleborgs, whose team consisted of haulage workers, pest exterminators and a bloke who sold ink to the newspapers.

However, things were certainly looking up off the pitch, with the Blackburn-Trelleborgs match programme (from September 13th, 1994) demonstrating just how zeitgeisty Rovers had become… 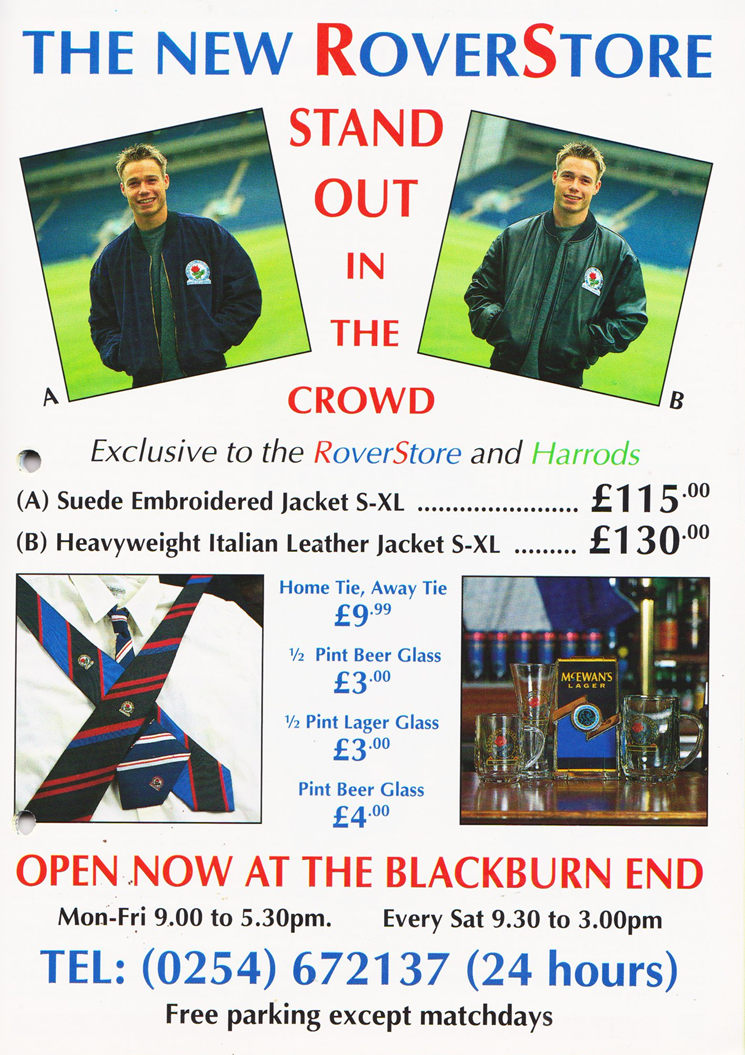 Which one to choose? Graeme Le Saux makes both jackets look so debonair. Think we’d honestly be more than happy to pay the extra £15 for such pristine heavyweight Italian leather. Team it up with an official Rovers ‘home’ tie and you’re instantly set for absolutely any occasion.

Surely this must be the only example of a product being simultaneously exclusive to the Blackburn Rovers club shop and Harrods?

Miles McClagan of The Sky Strikers has scanned the entire programme – including a great Alan Shearer ad for a local car dealership – should you wish to peruse all the retro goodness.