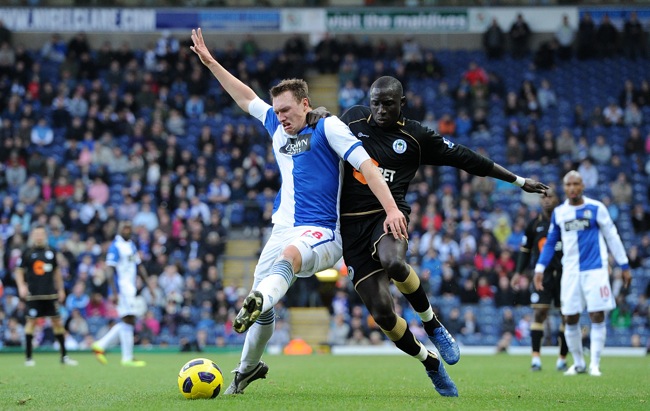 Blackburn have confirmed that promising centre-back Phil Jones is set for ‘four or five’ weeks on the sidelines after twisting his knee awkwardly ten minutes after coming on as a sub against West Ham on Saturday.

So said Rovers caretaker Steve Kean said after the game:

“I think Phil is going to be a long-term one. He’s got quite a bad knee injury, it’ll probably be four or five months, which is terrible. He’ll have an examination in the morning and will probably have surgery [as well].”

It seems that Kean’s initial prognosis wasn’t too far wide of the mark, as the club have now posted an update via their official website confirming that 18-year-old Jones will undergo surgery to ‘repair torn cartilage in his right knee’ later today.

Bum. It’s not really been a particularly good week up at Ewood, has it?