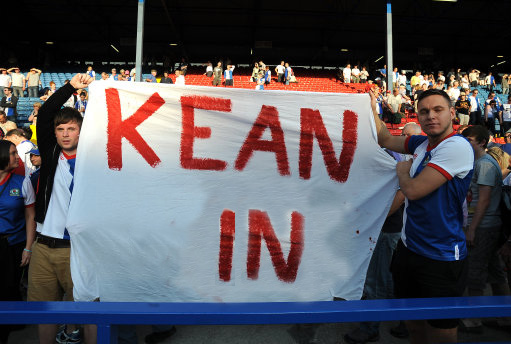 Protests, posters  and even banners in the air seem to have done little to undermine the Venky’s unwavering support for Blackburn’s beleaguered boss Steve Kean. Indeed, according to reports in today’s Daily Mirror, the Scot has signed a new and improved contract with the club (he’s already signed up until 2013) in a development which won’t have gone down too well amongst the majority of Rovers fans.

I guess there are two ways of looking at it – 1) The Blackburn Rovers owners are showing admirable belief in and patience with their manager in a footballing world where coaches are all too regularly sacked without being given a fair crack of the whip, or 2) The Venkys haven’t got a clue about football and will drag the club into the Championship.

Expect irate Rovers’ fans to hire a jumbo jet or two to fly over Ewood Park for the next home game.