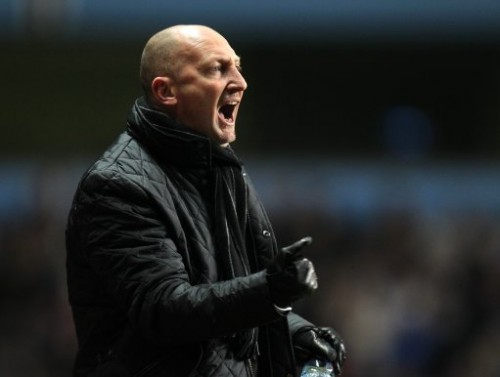 Blackpool manager Ian Holloway has threatened to resign if the Premier League go ahead and punish the club for fielding a weakened team in their 3-2 defeat against Aston Villa last night.

Holloway made ten changes to the side that drew 2-2 with Everton at the weekend for the clash at Villa Park, with midfielder Keith Southern the only player to retain his place.

The Seasiders were on course for a point thanks to substitute DJ Campbell‘s deflected 86th-minute equaliser, but Villa managed to grab a winner just two minutes later via a thumping header from centre-back James Collins.

When asked what he would do if the Premier League decided to impose similar sanctions on Blackpool as they did when Wolves were handed a suspended £25,000 fine for making ten changes for a match against Manchester United last season, Holloway retorted angrily:

“I’d pack in, I can’t work for this madness. I would resign. They do not know what they’re talking about.

“You haven’t got to be a genius to work out what happened to Wolves last year and how wrong that was. [Wolves manager] Mick McCarthy can pick whoever he likes.

“We deserved at least a point and how dare anybody tell me the players I’ve been working with, I can’t treat them with respect and give them a chance. [My reserves] should have played before now. I wasn’t sure they were ready, but tonight they have enhanced their reputation with me.

“Let some person from the Premier League even try to tell me who I can pick. I am the manager of Blackpool Football Club and I select people to come to the club and play them whenever I want.

“You’re so rude and being so disrespectful to my players.”

It seems that Ollie is either playing the ‘seige mentality’ card to the Nth degree or simply unravelling before our very eyes. I’ll let you be the judge…