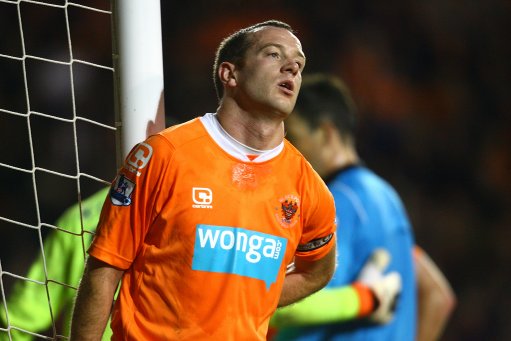 Blackpool’s influential midfielder Charlie Adam (who, I’ve decided, is roughly two inbred chromosomes away from being Elvis Costello’s illegitimate son) has won his legal battle with the club over an unpaid £20,000 ‘Championship survival’ bonus and, crucially, has managed to do so without having the terms of his contract breached.

The Premier League issued the following statement earlier this afternoon:

“A Board appeal hearing, convened under Premier League rules, was held on Thursday, November 4th to consider a dispute between Blackpool FC and Charles Adam.

“The hearing specifically considered a bonus payment that Mr Adam believed he was due from the club and whether non-payment of the bonus amounted to a repudiatory breach of his contract.

“The Appeal Board found in favour of Mr Adam in relation to the bonus payment but deemed the non-payment was not a repudiatory breach of the player’s contract. Each party has until Friday, November 26 to appeal the decision.”

Which is bloody goods news for all concerned parties, one suspects. What ho, tally pip.