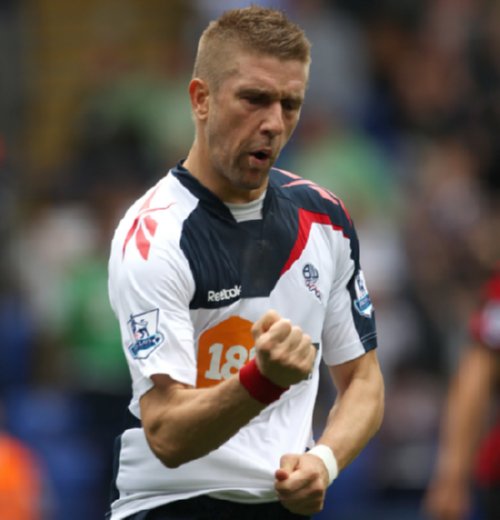 “Get in there my son, what a fackin’ laaaaaad!”

He may we be having a fairly decent (though largely unheralded) season, but Bolton striker Ivan Klasnic is staring down the barrel of a D.I.V.O.R.C.E after his wife flew in from Germany and made a surprise to his flat in Manchester only to discover a wardrobe full of other women’s clothes and make-up, along with several ‘compromising’ photographs.

“Everywhere in his flat were pictures of women and in the wardrobe hung blouses which didn’t belong to me, remainders of make-up everywhere.

“[I’d heard rumours of infidelity] but I was blind in the eye, I simply did not want to admit it.”

Now, not that we condone besmirching the sacred sanctity of matrimony here on Pies, but as it seems footballers are contractually obliged to hump any caked-up orange trollop that waggles her wares under their noses, and given that he’s plying his trade in an industry rife with experience in the field, how did our Ivan forget what surely must be the golden rule of any secret affair – the crucial ‘keeping it a secret’ part?

And yes, before you ask, it is a slow day.