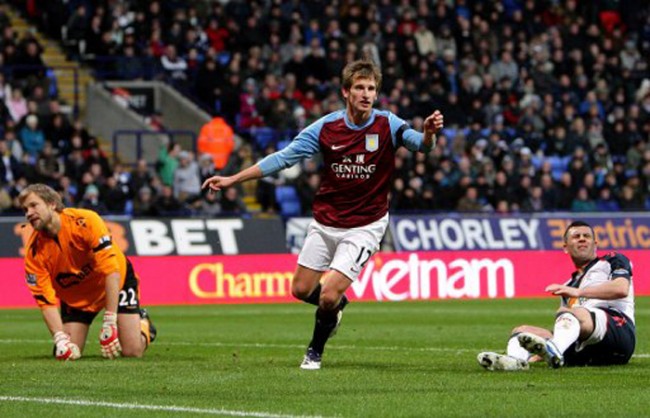 It’s been a difficult season to date for both Owen Coyle and Alex McLeish, with both Bolton and Villa struggling to find their best form. However, at five o’clock on Saturday, McLeish was no doubt the more relieved of the two managers.

Wiry winger Marc Albrighton opened the scoring just after the half-hour mark, with the youngster converting a Gabriel Agbonlahor cross. Villa dominated the first half and Bulgarian midfielder Stiliyan Petrov put his side 2-0 up on 39 minutes, with his long-range effort deflecting in off Gary Cahill.

After the break, Bolton looked a much better side, and were rewarded for their improvement with a goal courtesy of Ivan Klasnic, who scored from close-range. However, ultimately they would pay for their sloppy first 45 minutes and chalk up yet another defeat.

A revitalised Villa move up to eighth in the table while Bolton stay bottom with only nine points accrued from 15 games.