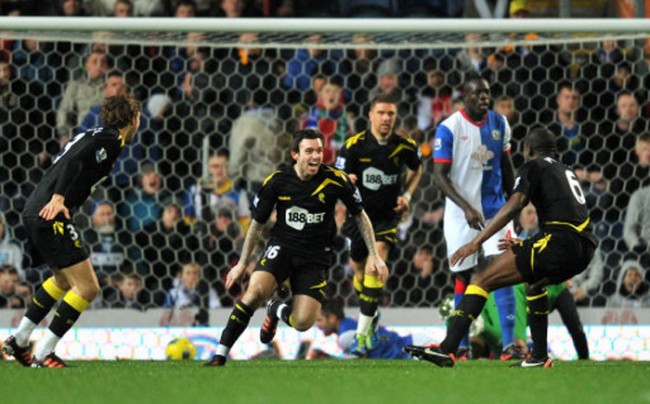 One wonders just how loud the roars of disapproval and nasty abuse will have to get at Ewood Park before the Venky’s finally decide to re-think their consistent support of manager Steve Kean.

The under-fire Scotsman endured another horrible night of abuse from his own fans and defeat for his own players against fellow-strugglers Bolton. The Trotters had come to Ewood looking to kickstart their dismal campaign which had seen them drop to bottom of the table. However, Bolton boss Owen Coyle would finally see his side move up the rankings (to be replaced by Blackburn) after first-half goals from Mark Davies and Nigel Reo-Coker proved to be enough to overcome the home side.

The revitalised Yakubu did manage to grab a second-half goal which gave Rovers hope of staging a comeback, but as the final whistle went, Kean was once again at the centre of a tornado of abuse. Indeed, a fan even threw his scarf and season ticket at Kean in protest.

Surely Kean must be wondering if it’s worth the abuse any more. And as for the Venky’s, well who knows what they are planning to do.