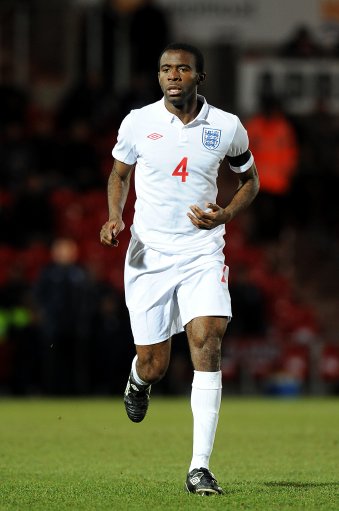 Democratic Republic of Congo-born England U21 midfielder Fabrice Muamba remains critically ill in hospital tonight after suffering what appeared to be a heart attack on the pitch in the first half of Bolton’s FA Cup clash with Tottenham at White Hart Lane (which was abandoned by referee Howard Webb).

I, myself, was at White Hart Lane, doing some non-Pies media work and saw the live footage, which wasn’t broadcast, of the player receiving CPR and a number of electric shocks. It was truly harrowing and upsetting to watch although the behaviour of both sets of fans during all this was fantastic.

After 10 minutes of receiving medical attention on the pitch, Muamba was stretchered off and brought to hospital.

ESPN commentator Jon Champion has since been on the receiving end of alot of negativity on Twitter after he listed players who had previously died on football pitches. However, to be fair, he was forced to fill a lot of time on air and, having seen the footage that I saw, his pessimistic tone was understandable.

Bolton Wanderers and The London Chest Hostpital, where Muamba is being treated, released the following statement this evening:

“Bolton Wanderers can confirm that Fabrice Muamba has been admitted to The Heart Attack Centre at The London Chest Hospital where he is in a critically ill condition in intensive care.”

“No further information will be issued at this stage. The club and hospital request that the media and public respect the family’s privacy at this time.”

Muamba had a difficult start to life, being forced to leave the country of birth, DR Congo, at just 11 years old, after his father fled the country because of his political views.  However, despite having no English when he arrived in England, he battled firstly to succeed at school, gaining 10 GCSEs and then to become a successful professional footballer. Let’s hope the young father of Joshua Jeremiah can battle once more and make it through this very difficult time.