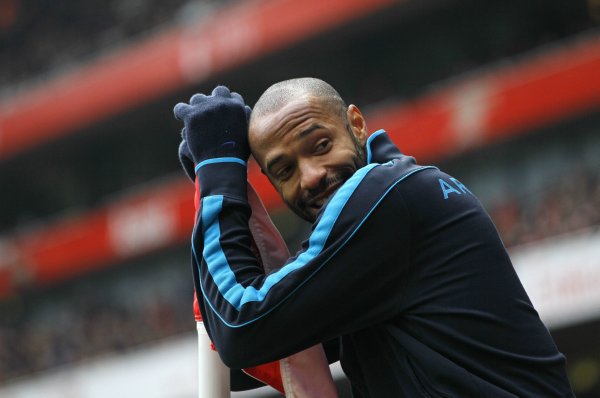 Just when you thought it was impossible that Thierry Henry could be any more of a legendary chieftain having gone public with his plans to build a colossal three-storey fish tank recently, the little blighter goes and flies 5,000 miles from the US to pop in and spend a bit of time at Fabrice Muamba’s hospital bedside.

Henry finished up playing for New York Red Bulls against Real Salt Lake in Utah on Sunday afternoon then hopped on board a series of flights to drop in and give Muamba a ‘get well soon’ message at the London Chest Hospital the following evening, spending more than an hour with his former Arsenal teammate and his gathered family.

Granted, Henry shouldn’t really be the focus given the circumstances, but the guy’s a class act.