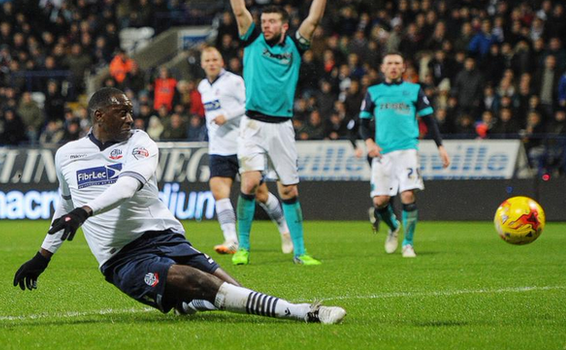 Shortly before Bolton’s Boxing Day game against Blackburn Rovers, McGuinness took to Twitter and announced that he’d gladly clean Heskey’s boots if the veteran forward scored on his Trotters debut…

If @EmileHeskeyUK comes off the bench today and scores for us I’ll personally clean his boots! C’mon Bolton!!!! pic.twitter.com/337PJmBV8w

Lo and behold, 36-year-old Heskey emerged from the bench, rolled back the years and nabbed Bolton’s equaliser in a 2-1 win, leaving McGuinness to uphold his end of the wager.

Sure enough, the ex-Phoenix Nights star turned up at Euxton earlier today and got scrubbin’ with the dubbin while Heskey and manager Neil Lennon watched on…

There you go, a man of my word. @EmileHeskeyUK boots, spotless!!! pic.twitter.com/5ZpSn7OHV5