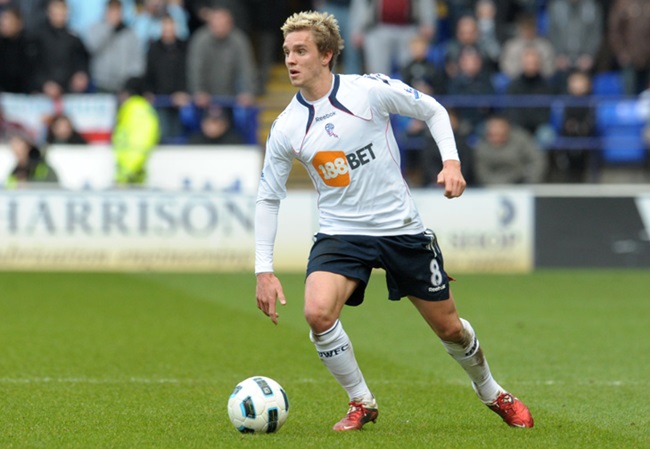 It’s a crying shame but Stuart Holden has finally announced his retirement today after succumbing in his prolonged battle to overcome a succession of knee knacks.

The 30-year-old former USA international midfielder managed just 38 appearances for Bolton in four years at the club after first suffering a nasty cruciate knee injury in a game against Manchester United in 2011.

Two subsequent major cruciate injuries followed, the last coming just 23 minutes into his comeback in the reserves in March 2014.

Speaking via the US Soccer website, Holden made the emotional announcement that he’s finally accepted the inevitable.

It’s time to stop fighting my body. I’ve known for a while, but I’ve struggled to admit it to myself and to others.

The countless sleepless nights, the aches and pains, and the constant mental battles were all signs pointing to a new path.

Holden also wrote a farewell letter to his beloved Bolton on the club’s official website in which he thanked the fans for their undying support over the years.

I will always be a Bolton supporter and the club will forever hold a special place in my heart.

I’m already looking forward to the next opportunity at which I’m able to come back and say hello to everyone.

If all we have now are memories then let’s remember the best – beating Blackburn Rovers 2-1 on derby day.

They’ll always love you for that, Stuart. No worries.

A hard-working little grafter who played the game with an unflinchingly ebullient spirit, there goes a decent player robbed of his footballing prime by forces beyond his control.  Unfortunately, it’s a sad fact of life that sometimes bad things happen to good people.

Here’s wishing him better luck in his retirement.