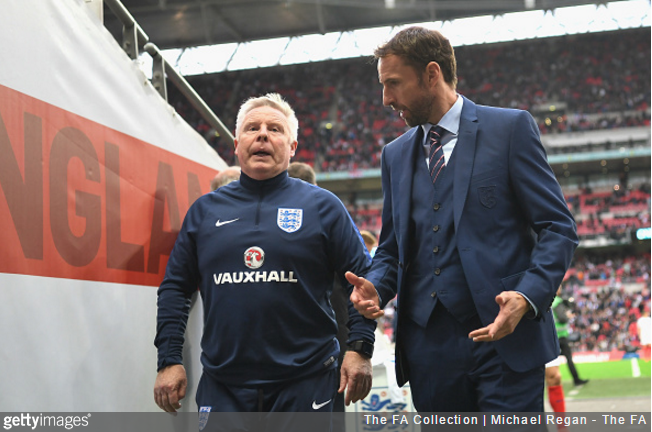 The FA have taken another swift kick in the danglies today after seeing a high court judgement that England assistant manager Sammy Lee supplied false evidence upheld by a court of appeal.

The trial in question is centred around Bolton Wanderers’ signing of midfielder Gavin McCann in 2007, during Lee’s brief tenure as manager.

According to David Conn in the Guardian, McCann’s former agent Tony McGill accused another agency, SEM, of “poaching” the midfielder after he’d already agreed a deal to join Bolton.

Lee and Frank McParland, Bolton’s then general manager, were found to have lied about two meetings they claimed had taken place with McCann in a restaurant in Liverpool, designed to show that they had discussed McCann with SEM earlier than they did.

The charge against Lee followed a 2014 court case in which Bolton were accused of back-dating McCann’s contract in order to milk higher agent’s fees.

The judge in McGill’s 2014 case, Judge Waksman QC, ruled that meetings between Bolton and McCann – presented as evidence by Lee and Bolton’s then general manager Frank McParland – were “riddled with inconsistencies and different versions over time.”

“They now know Bolton submitted a false and backdated contract, that Sammy Lee and Frank McParland gave evidence in court the judge dismissed as untrue, but the FA have done nothing,” McGill told the Guardian.

McCann was one of six players brought in by Lee during his one transfer window, having taken over from Sam Allardyce in the summer of 2007. Lee then left the club in October after a wretched start to the season.

For the record, the FA decided not to take any action against Bolton, Lee or McParland in the wake of the court case.

They are also yet to issue any form of statement regarding the latest round of findings.