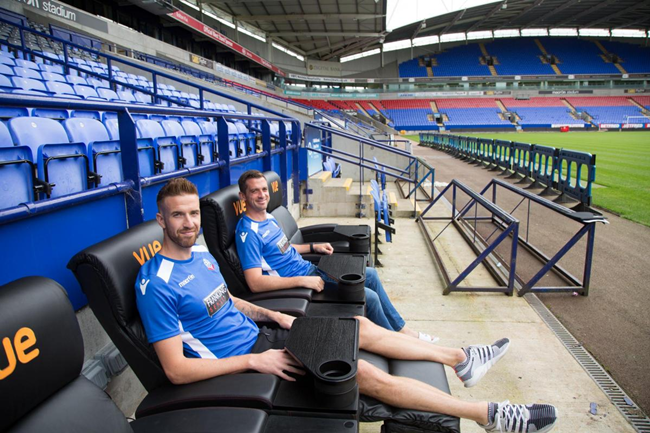 The grand Superbowl-isation of football continues apace with news that Bolton Wanderers have installed a row of recliner seats at the Macron Stadium to allow fans to watch their team play in the lap of luxury.

The newly-promoted Championship side have partnered with Vue cinema in Middlebrook to offer a “cinematic matchday experience” courtesy of the four leather armchairs they’ve plonked next to the dug-outs.

According to Bolton’s commercial manager, John Ashley, the four recliner seats will be made available throughout the entire 2017/18 season, with fans able to win themselves a whirl in the chairs by entering various competitions on the club’s various social media pages.

It’s a really exciting project and certainly offers our fans something different from the ordinary match-day experience.

The new recliner seats are a fantastic addition […] and I’m sure they’re going to be received really well.

Great. We’re sure that big Championship opener against Leeds on 6th August is truly going to live up to the ‘cinematic’ billing.