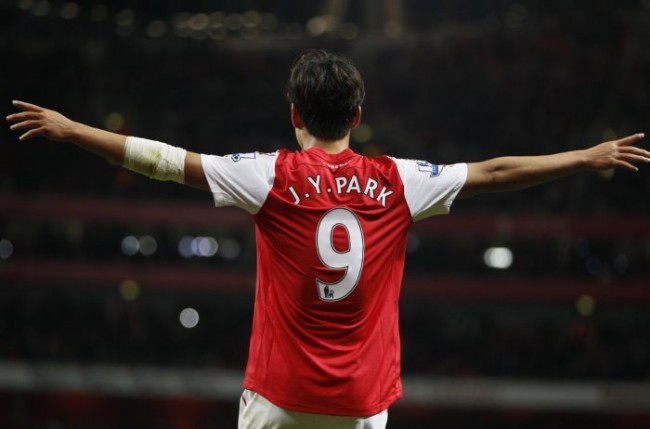 Two second-half goals in the space of two second-half minutes were enough to seal a come-from-behind victory for Arsenal against Bolton last night, thus booking the Gunners a berth in the last eight of the Carling Cup.

Fabrice Muamba opened the scoring for Bolton against his former club shortly after the interval, nabbing the ball off Emmanuel Frimpong, playing a elongated one-two with Darren Pratley and sliding in to smash the ball into the roof of the net.

Andrey Arshavin then levelled on 53 minutes, pinging a low shot between two Bolton defenders and past Adam Bogdan into the far corner before Park Chu Young scored what proved to be the winner a few minutes later – redirecting Arshavin’s throughball back across Bogdan with a beautiful curling finish.

That’s seven wins from eight for the Gunners now, and they didn’t even need to bring RVP off the bench to make sure.