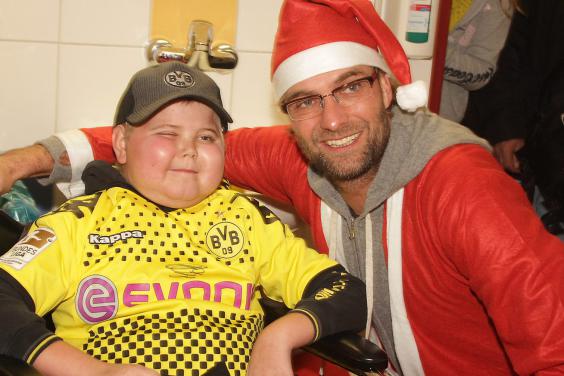 Thanks largely to a 140,000-strong Facebook campaign, a German church have finally agreed to allow 9-year-old Jens Pascal have his dying wish honoured and have the crest of his favourite football club, Borussia Dortmund on his gravestone.

After succumbing to a malignant brain tumour, Jens died in May and was buried at the Church of Maria Heimsuchung in Dortmund, though the Catholic church were initially reluctant to grant his request on the grounds that a Dortmund logo on his headstone wouldn’t conform to ‘rules which ban non-Christian inscriptions and images’ on display in their graveyard.

Dortmund fans began spreading the word using a Facebook page entitled “The Last Wish of Jens Pascal” and soon hundreds of thousands of football fans across Germany joined to express their disbelief at the church’s refusal.

The campaign worked and the church have agreed on a re-drafted design for Jens’ gravestone which will see the Dortmund logo and a football placed on the ground next to the grave. While it’s not exactly what Jens wanted, it would appear his parents are happy with the compromise.

A statement issued by the Church of Maria Heimsuchung said: