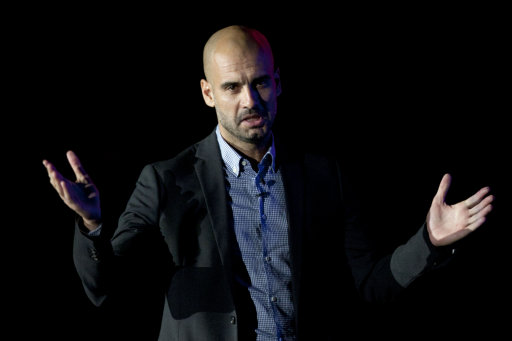 S-W-E-R-V-E. Well, not many (including us) saw that one coming. Bayern Munich have just confirmed that Pep Guardiola will take over from incumbent head coach Jupp Heynckes at the end of the 2012/13, i.e, after Pep finishes his self-imposed year long sabbatical of lie-ins and corporate speaking.

After a couple of hours of speculation and counter-speculation, both Bild and Kicker announced the news as official before the following Tweet emerged on the official Bayern account just minutes ago…

Initial reaction? It’s strange; Bayern Munich are one of the biggest, richest and most prestigious clubs in the world and yet somehow it still feels like Pep has taken a second tier job considering he could have cherry-picked his next employers – though maybe that’s just my repressed Anglocentric world view ticking over in the back of my mind.

We’ve been led to believe that Guardiola would be turning up at Stamford Bridge (Roman needs to start work asap on his ‘Plan B’ – or ‘Operation: Avram Grant’ as it’s otherwise known) or Old Trafford for so long. I guess it’s just a case of everything seeming like a relative climb-down after his time at Barca.

Let’s see how he gets on at a side that isn’t intrinsically pre-geared toward his philosophies.