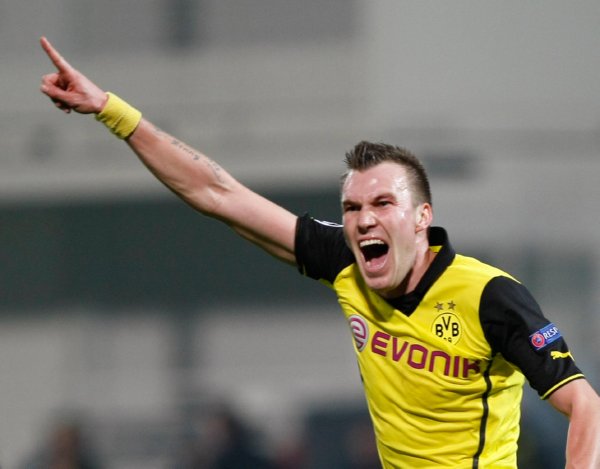 Borussia Dortmund workhorse Kevin Grosskreutz has publicly apologised after shutting-up a gobby Cologne fan on a night out by ramming his kebab into the chap’s face.

It would appear that the Cologne fan was part of a group who were chanting vaguely insulting things at Grosskreutz right up until the point that the Dortmund midfielder snapped and launched his doner kebab at the 34-year-old man.

“I perceived the situation as insulting and it offended my privacy,” Grosskreutz is quoted as saying by Goal.com (we know, we know).

“Of course, it would have been better if I hadn’t thrown the doner in public. There is no doubt that this situation isn’t ideal. I’m sorry.”

According to reports, the incident left the Cologne fan with “burning eyes” (that’ll be the chilli sauce!) with the police later confirming that a complaint was filed against Grosskreutz.

“It is true that a complaint was filed against Mr Grosskreutz,” the police spokesman said. “We have started a criminal case for wilful injury.”