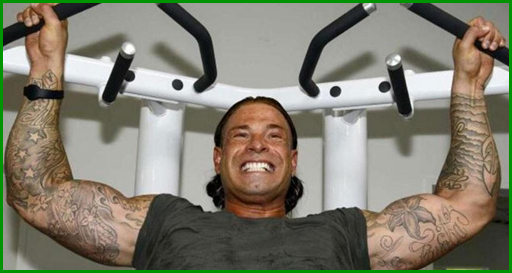 According to reports in today’s Bild, ex-Germany ‘keeper turned solid meat-wad Tim Wiese is set to make his long-awaited WWE debut this weekend.

Apparently Wiese, who told the paper he “no longer gives two figs about football” is set to make his first appearance for the wrestling company at their “WWE Live Event” in Frankfurt on Saturday, though it’s unlikely that the former Werder Bremen stopper will actually be doing any grappling yet.

Anyway, we couldn’t help but wonder what wrestling name Wiese is going to land himself as and when he finally makes his in-ring debut – and we’re going to open the floor for your suitably amusing suggestions too.

Here’s a few of Pies’ own to get you going…

The Bundesbeefcake
Herman “The Muscles from Düsseldorf” Wunder
Wiese the Scheiβe

We hope it’s The Bundesbeefcake, we really do!

What say you, Pies fans? Let’s have ’em…