When it comes to extra-curricular activities, most professional footballers are usually content with playing Xbox until their thumbs are raw, customising Range Rovers and connecting the dots on their standard-issue tattoo sleeves.

Hamburg midfielder Maximilian Beister (Maxi to his friends), however, is a little more esoteric when it comes to his non-football pursuits, with the news today that the former Germany U21 international has successfully secured a European patent for a new invention of his: the Snaxcup.

According to the Hamburger Morgenpost’s report, the Snaxcup was primarily designed for use at the cinema, so both a “plate” of food and a drink could be held in one hand.

Available in different sizes, the disposable plastic container consists of a cup (which also serves as a handle) with a bowl for food attached on top. The drink is then quaffable through a straw… 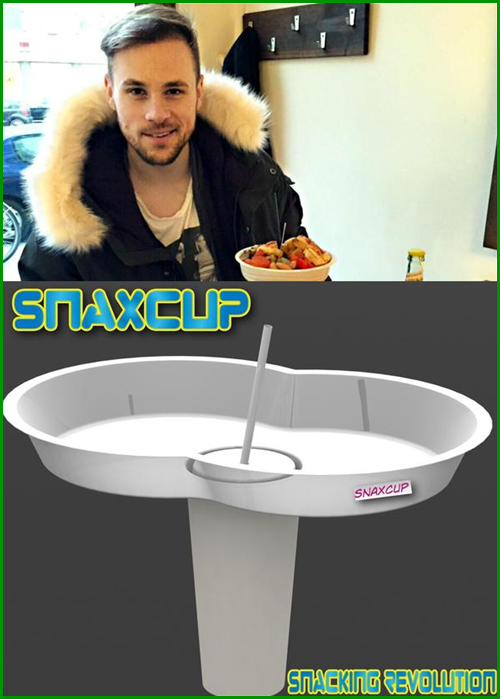 Beister first conceived the idea three years ago when struggling to produce his movie ticket as his hands were full of snack and now, together with two of his pals, he’s formed a company named “Future Cup” and is close to putting it into production.

Indeed, ahead of Hamburg’s game against Mainz this Sunday, the 24-year-old has organised for 4,000 prototype Snaxcups containing free stew to be handed out at the Imtech Arena to test his brainchild.

Pending receiving positive feedback from football fans, he will then run the same tests at local movie cinemas.

“It is a distraction for football. I feel very good about it,” said Beister, and so he should do.

(Via Hamburger Morgenpost/Image via Bundesliga Latest)