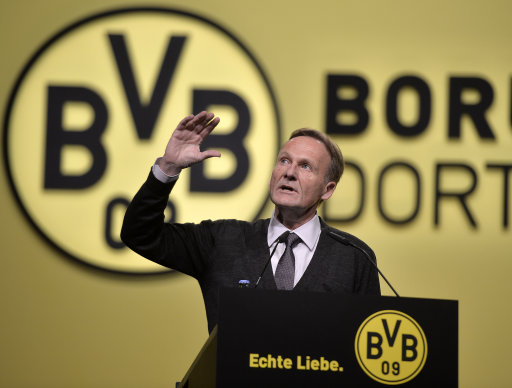 With the Bundesliga farting back into life after its winter hibernation this weekend, Borussia Dortmund chief executive Hans-Joachim Watzke has wasted no time bemoaning Bayern Munich’s all-consuming dominance at the top of the table.

Bayern are currently hovering a full 11 points above second-placed Wolfsburg (the two sides play one another tonight) in the standings after 17 games, having yet to taste defeat again so far this season.

As far as Watzke is concerned, Bayern’s superiority is largely due to the fact that everyone else has stopped trying against them.

“Many teams don’t try to win points against Bayern now.” Watzke moaned to Bild this morning.

“Their superiority is currently so absurd that many opponents can’t remember how they used to put everything into this one match. They do it with us instead.”

By ‘eck, the other Bundesliga sides must really be going hell for leather against Dortmund, who are, for the record, currently joint-bottom of the Bundesliga following a truly dismal first half of the season.