Just as Wolfsburg seek to destroy our faith in the future of our race, FC Cologne go and restore in a heartbeat.

It’s a difficult old season for Cologne, who spent the majority of the year down in the mire before a string of decent late results hauled them clear of both the relegation zone and the relegation play-off position with one game left to play.

As such, the club have decided to thank their fans for sticking with them for the duration by turning their final game of the season – this coming Saturday’s home tie against, ironically, Wolfsburg – into a bit of a day-long celebration, a ‘survival party’ if you will.

Fans are being urged to stick around in the stadium after the final whistle as not only have Cologne enlisted three live bands to play on the pitch, but they’re also laying on lashings and lashings of local ale.

In fact, the club have announced that for every kölsche beer purchased, another glass will be given away free – the offer being valid at all RheinEnergieStadion refreshment kiosks immediately after the end of the game.

“Preserving our top flight status is a great success, which is comparable to our promotion (in 2013/14),” Cologne president Werner Spinner told the club site.

“We would like to thank our fans and members of the great supporters’ club and celebrate the season after playing together.

“We appreciate everyone who is there!”

Cracking stuff. It must be nice as a fan to be taken care of and appreciated like that. Many English clubs could learn a great deal. 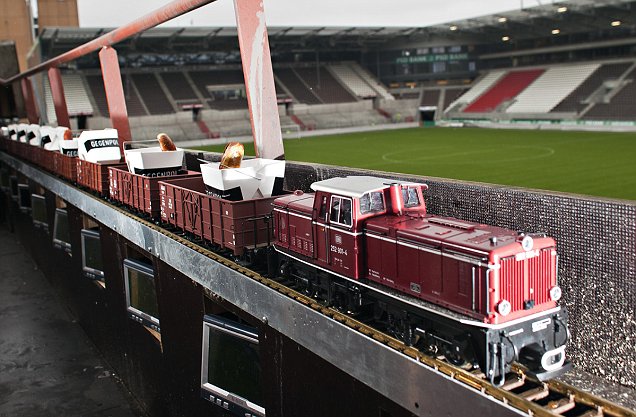 (Many thanks to Pies fan @KohlenSchaufler for the tip-off!)