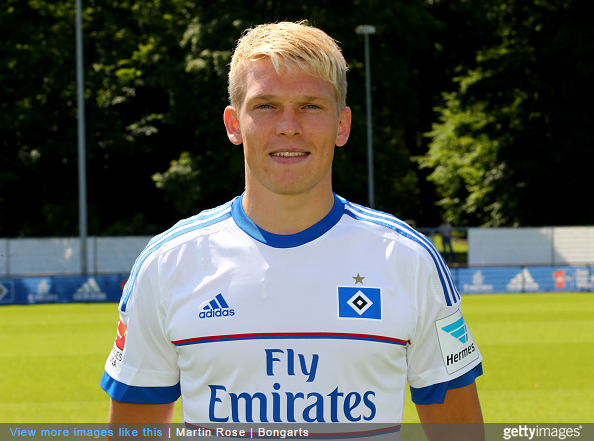 It would appear that all is not quite bliss in the Artjoms Rudnevs marital department at the moment, with reports that the Hamburg striker was admitted to hospital last night as a direct result of being bitten on the tongue by his wife.

Alas, this was no result of over-zealous carnal misadventure, with Bild reporting that Mrs Rudnevs bit her husband in the mouth following an intense argument in the middle of the street.

After arriving at the clinic with a mouthful of blood, Rudnevs was given stitches in his tongue.

The 27-year-old Latvian forward was treated under a fake name, but his true identity came to the fore via the subsequent police report into the assault.

And with that, the great pantheon of bizarre football injuries claims yet another victim.