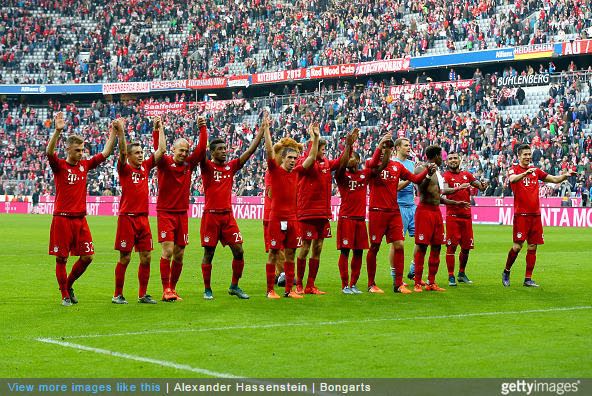 Given their indomitable form it was little more than a foregone conclusion, but Bayern Munich spanked Cologne 4-0 at the Allianz Arena this afternoon to bring up the club’s 1,000th Bundesliga win. 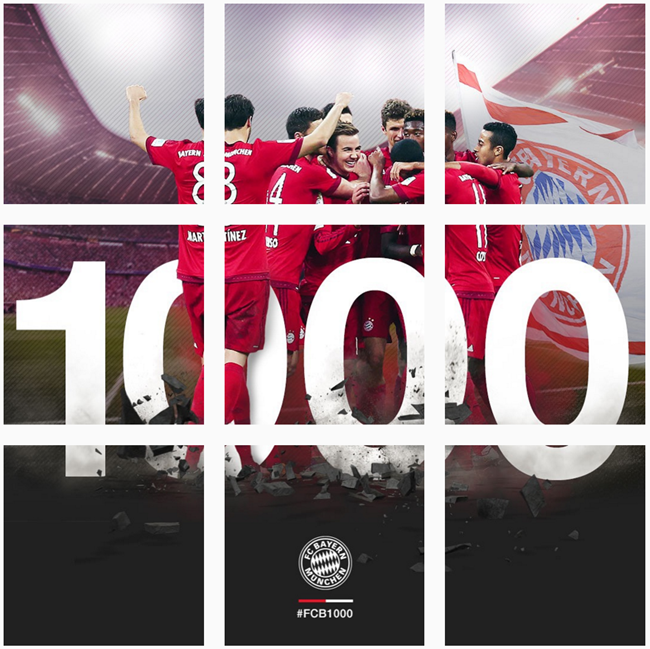 The interactive cavalcade begins with Bayern’s first ever Bundesliga win (2-0 over Eintracht Frankfurt in 1965) and takes in their 100th win, their biggest win (11-1 against Dortmund in 1971), the last at the old Olympic Stadium, their first at the Allianz, etc, etc.

The full  collage is here. We heartily recommend you go and have a nosey.