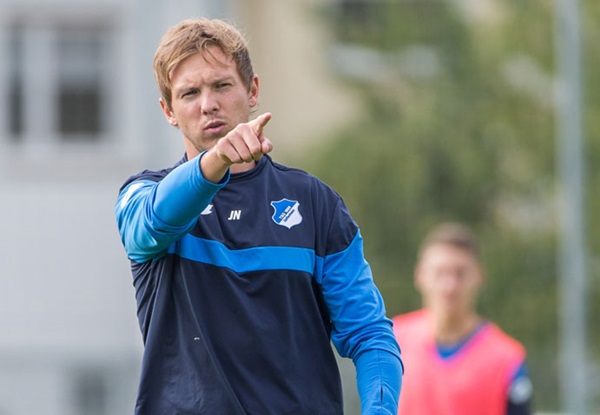 TSG Hoffenheim have struck a deal that will see their current Under-19s coach Julian Nagelsmann become the youngest head coach in Bundesliga history as of next season.

With the club second bottom in the table, Hoffenheim sacked coach Markus Gisdol on Monday having managed just once in his opening 10 games, with ex-Stuttgart boss Huub Stevens immediately coming in on an interim contract until the end of the season.

However, 28-year-old Nagelsmann (who is still studying for his senior coaching license) has agreed a three-year deal to take over from Stevens for the 2016/17 campaign – thus making him the youngest ever Bundesliga head coach, provided Hoffenheim manage to keep themselves in the division.

“This is a courageous step but we see in Nagelsmann such a huge coaching talent that we want to give him a chance,” director Alexander Rosen said.

The children truly are our future.