Showing a naked contempt for the rules, a Borussia Dortmund was arrested on Tuesday night after breaking into the Yellow & Blacks’ Signal Iduna Park stadium before partaking in a solo kickabout on the hallowed turf, all whilst completely billy bollocks. 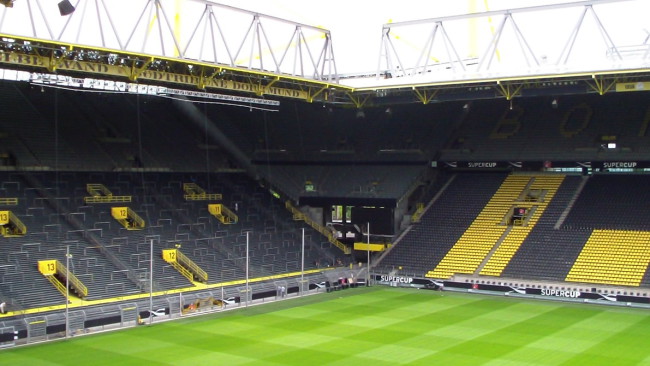 The streaking superstar, who remains nameless, was apparently caught after heat censors picked him up cavorting about on the pitch. We’re rather impressed he wasn’t freezing his knackwursts off, by the way.

Anyway, the chap, who was eventually arrested by security, claimed that he had fulfilled a lifelong dream of playing the pitch. Which is fair enough. Still got him a stadium ban, mind.

When asked about the trespassers’ lack of clothes, the local German police explained…

He told us that he had become very warm through the game.

Well I guess playing with yourself will get you hot and bothered. The dirty fecker.